These are the next three matches of Match Day 3 of 38. The highlights are appended below the points table. In case, you missed the first three matches, click here.

Match 7 of 10: Watford vs Crystal Palace 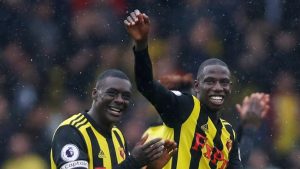 7 – Roberto Pereyra has been directly involved in seven of Watford’s last 10 goals in the Premier League, scoring six and assisting another. Talisman.

Who are this Watford team?!
Didn’t expect this start from them. Won their first three games in the top flight for the first time since 1982. Bravo Gracia ???? #Watfordfc #WATCRY

To be fair, lots of positives there. If ref did his job we win. @wilfriedzaha has to start out wide next week. That’s where he does his damage. Watford lucky and dirty but won their cup final. We’ll finish higher than them. Definitely. #WATCRY #cpfc ????

Palace leaving Zaha up front when defending corners meaning Watford have to leave two defenders back. Something you’re taught in Under 8’s football. Take note Bruce you boring bastard

• Foster 1st half difference
• Watford got into Wilfs head
• Capoue is a filthy vile cunt
• Ward is championship
• Schlupp – who ?‍♂️
• Anthony Taylor – ? ?
• Sloppy passing
• Wilf is a winger
• No spark or creativity
• Not our day 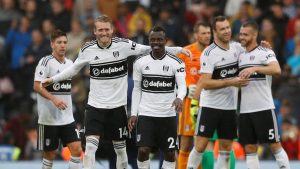 One of the things about being a football follower today is that newly promoted Fulham beating a now established #premierLeague team, #Burnley 4-2 is really no longer special being how much Fulham spent on quality signings pre season…

He may not have been the key factor in today’s result but Fulham’s win record over the last 2 seasons with Betts in goal is uncanny…didn’t think Fabri deserved to be dropped on Spurs performance but statistics in this case are good enough for me!

Match 9 of 10: Newcastle vs Chelsea 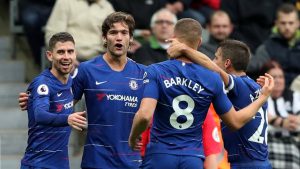 Eden Hazard’s goal was his 70th for Chelsea in the Premier League – overtaking Jimmy Floyd Hasselbaink in third (69); only Frank Lampard (147) and Didier Drogba (104) have scored more for the Blues. pic.twitter.com/hcJpomFZsI

So glad to grab the tickets for CFC v BOU next week! Looking forward to seeing the same ? also have triple Chelsea at the moment, hoping it pays off bigger than only a reward from Marcosito ? pic.twitter.com/f2TxmUz9sJ

I hate Chelsea but Alonso is a very decent LB, best in the league & definitely among the top 5 LB’s in the world. #NEWCHE

David Luiz, man. I don’t see any reasonable purpose to play Luiz over Christensen. It needs to end now. I love David Luiz as a person, I love him and I love what he has contributed to Chelsea but it needs to end right now, and let Christensen does the rest.