These are the first six matches of Premier League, Match Day 10 of 38. The highlights are appended below the points table. 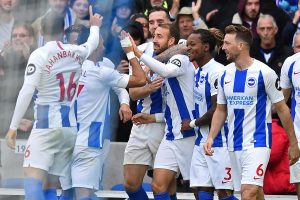 As every Wolves fan will be quick to tell you, Brighton got lucky with that win today. But a massive win that is. Bong dreadful imo but @BeramKayal7 my mom ?? really has stepped up since Propper’s injury #bhafc #wwfc

Albion have the chance to make it three wins in a row in the @premierleague as they host @Wolves at the Amex this afternoon (3pm). #BHAFC pic.twitter.com/Cq1E31V1DU

3 wins in a row for #BHAFC and 2 defeats in a row for #WWFC and Wolves are still above Brighton. Shows you what a good start to the season we have had.

Wolves were the best team at the Amex this season but as I am the Brighton fan I was pointing out how well they played and we did win.

Ah Albion I’ve missed you. Thanks for holding on in there today. And well done #GlenMurray for his 100th goal for @OfficialBHAFC. Sorry not to see you there @samueljames0904 ? pic.twitter.com/LTUDahc65y

Match 2 of 10: Southampton vs Newcastle 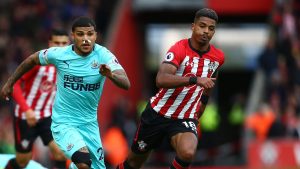 Benitez taking positives from draw: Boss Rafael Benitez insisted Newcastle’s 0-0 draw at Southampton was a point gained despite their winless start to the season extending to 10 matches. https://t.co/FqHIh57hpq pic.twitter.com/S6dg83V9Kl

Southampton drops points AGAIN as they draw against a Newcastle side that we expect to beat. It’s not Mark Hughes fault I believe though. Gabbiadini needs to be a starter every week, but besides that everyone has to step up. We need that player that can win us games. #Southampton

Match 3 of 10: Liverpool vs Cardiff City 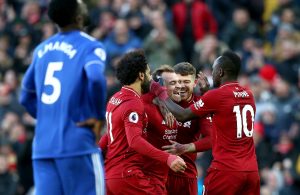 Mohamed Salah (1 goal & 2 assists v Cardiff) now has 50 PL goal involvements since joining @LFC in July 2017, 12 more than any other player in that time.

Liverpool’s Premier League record at Anfield since May 2017:

Liverpool cruise past Cardiff at Anfield thanks to goals from Salah, Mane and Shaqiri. pic.twitter.com/z7AkXUKDBu

Liverpool have conceded for the first time in 918 minutes of Premier League football at Anfield.

This is Alberto Moreno’s second appearance in 10 games in that time. ??‍♂️ pic.twitter.com/AhUkS9CEom

918 – Callum Paterson’s goal for Cardiff is the first goal Liverpool have conceded at Anfield in the Premier League since February, ending a run of 918 minutes without conceding. Penetrated.