These are the first six matches of the Premier League, Match Day 24 of 38. The match highlights and the top 10 teams points table is included.

Match 1 of 10: Arsenal vs Cardiff City 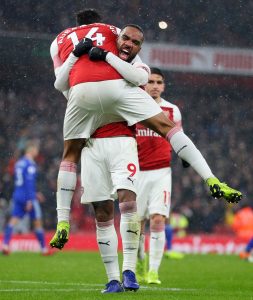 .@Aubameyang7 scored his 25th @premierleague goal tonight in his 37th PL appearance – the 5th-fastest player to 25 in PL history, and the fastest for Arsenal ?? pic.twitter.com/wALhgmadmQ 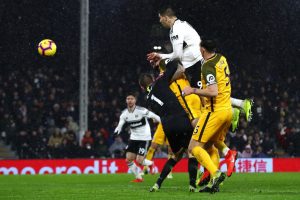 Comeback of the season? Murray’s brace gave Brighton a 0-2 lead at half-time before Chambers’ volley, two headers from Mitrovic and another from Vietto won Fulham the points #FULBHA pic.twitter.com/IE5ZiKRGoM

? Unbelievable scenes in the #PremierLeague tonight!

Mitrovic in the Premier League this season:

Gotta love the Premier League!
Fulham scoring 4 goals in the 2nd half to come back and beat Brighton. Newcastle upsetting City 2-1. Then United being down 2-0 against Burnley, to come back an tie it with 8 minutes left!! THIS IS WHY WE LOVE THE BEAUTIFUL GAME!!!#PLonNBC 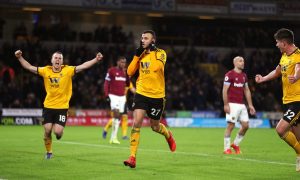 Can’t believe that our chance of winning the Premier League relies on West Ham beating Liverpool next weekend – and that’s a team who have conceded 7 goals during their last 2 games against Wolves and Wimbledon ?? we are screwed ffs ?

Romain Saiss and Raul Jimenez (2) score in the second half to make it back-to-back #PL wins for Nuno’s men#WOLWHU pic.twitter.com/FiBD6fULjE

Full time Wolves 3 West Ham 0. The most dominant 90 minute performance I’ve ever seen Wolves produce in the Premier League. Absolutely magnificent, the lot of them. Sensational.