These are the first 8 matches of Premier League, Match Day 7 of 38. The highlights are appended below the points table. 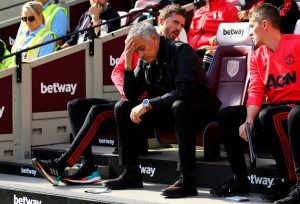 If this is our worst start to the season for 29 years how come #JoseMourinho stays when we got rid of his predecessors so quickly? Come on @ManUtd get a grip and get rid of #Woodward at the same time, our club is being ruined

The way @ManUtd use to break my heart ehn?, I would’ve left buh I’ve been supporting them for too long to quit…?#ManUnited

At some point if @ManUtd decides to keep Mourinho then give him at least a real winger.. but if you decide to change please go for Laurent Blanc as a head-coach I’m a 99% sure that he’ll be successful #mufc

Well fans like me live in real world when we know altrnative is Mctominy Fellani hoofing it and losing it to WH, Derby. Who aren’t deluded to think we are still good. We are kackshit. The score is 3-1, previous booted out by Derby, previous lost matches in opening games

Mourinho on Pogba: “He’s a player like the others, no player is bigger than the club and if I’m happy with his work, he plays, if I’m not happy he doesn’t play. Manchester United is bigger than anyone and I have to defend that.” #mufc [Sun]

Match 2 of 10: Huddersfield vs Tottenham 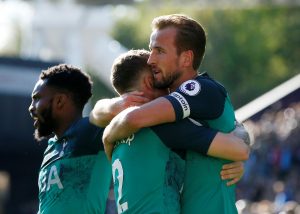 4 – Harry Kane is now the top scorer at the John Smith’s Stadium in the Premier League with four goals in two appearances. Homely. pic.twitter.com/89KLpoHLJc

Most direct goal involvements in 2018 in the Premier League:

7 – Since the start of last season, no player has provided more Premier League assists for another player than Kieran Trippier has for Harry Kane (7). Synergy. pic.twitter.com/zJvaFOe4s9

Fantastic ball in by Kieran Trippier and Harry Kane rises highest to give Tottenham Hotspur the lead.#THFC #COYSpic.twitter.com/xqGdbsRofD 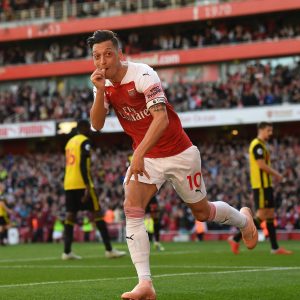 I’m sitting right behind the Sky TV camera man. He’s fun to watch, trying to follow the ball and swinging left to right like the rear gunner of the Millennium Falcon. #london #arsenal… https://t.co/jcxj04Qp92

I think the top five will be the top five at the end of today. Arsenal 5th and if @hazardeden10 continues to play like he is, they could win it with no champions League to worry about again.

Some Arsenal fans care that Özil hasn’t been getting assists. Yes, assists feel better than goals when it comes to Özil, but if he’s helping the team win, why’re you crying?

Emery on the win: “The team suffered in the 90 minutes as it was very competitive but they worked hard. I think we improved in the match & it is good for our momentum & continuing to improve” #Arsenal pic.twitter.com/XGyhguibcu

Match 4 of 10: Wolves vs Southampton 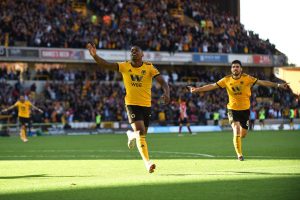 #wolves good first 15mins & last 15mins. Southampton good in between then. Took our chances & won the game despite not being at our best. Stuart Attwell is still a twat #wwfc