This is the first seven matches of Premier League, Match Day 5 of 38. The highlights are appended below the points table.

Match 1 of 10: Tottenham vs Liverpool 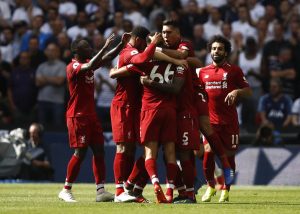 Team minus Salah was awesome today. Firminio was magnificent. But let’s talk about Mane. Well, you could see it that he was determined to net that goal but that lead him to miss many chances. Individuality can be good but too much of it can be harmful to the team.#ynwa ??

Still have City to walk it, but I’m definitely buying into Liverpool hype more than I was in summer.

Very impressive so far and feel they have gears they can kick into.

Sold next summer Tottenham Hotspur! We can all dream?
We have not got worse, we are a good size but Liverpool have moved on a level and we haven’t! That’s the truth, we were totally outclassed today!

Match 2 of 10: Manchester City vs Fulham 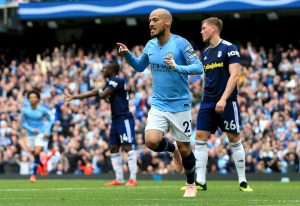 Clearly Manchester City are favourites but have to say when you’re top after 5 games with a 100% record and a squad jam packed full of out and out winners, Chelsea are going to take some stopping this season as well.

Sheikh Mansour has written to @ManCity fans: “We are only halfway up our Everest. There is much more to do and much more to win.”

Match 3 of 10: Bournemouth vs Leicester City 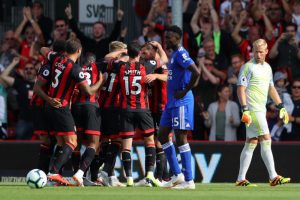 If you needed proof of Eddie Howe’s ability to improve players, today’s matchday squad made 279 combined appearances for the club in the Championship in 2014/15.

A penalty to be taken in the Bournemouth v Leicester game at 3/1 is my best bet today.. Also wouldn’t put anyone off doing more than one penalty taken which is usually around 25/1..Definitely be at least one in this game.. Thank me later @Oddschanger

Match 4 of 10: Newcastle vs Arsenal 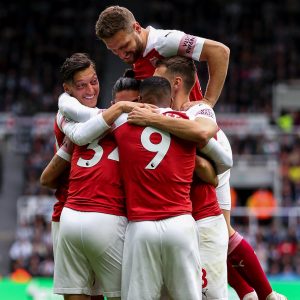 Final score; Newcastle 1 – Arsenal 2.
A better 2nd half just about secured the win, but the fact our defence almost let an awful Newcastle team snatch a draw is very worrying.
Still so much improvement needed, but a 3rd straight win is the most important thing! ?#AFC

For the last three matches of today, move to the next page!