This is the first 8 matches of Premier League, Match Day 6 of 38. The highlights are appended below the points table. 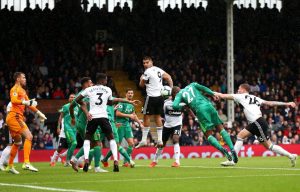 Watford captain Troy Deeney says he is playing with three broken toes and may have broken another bone in his foot after his side’s 1-1 draw at Fulham https://t.co/3uFu4T1DfV

Fulham could have won it at the end but after a poor 1st half a draw was a fair result. Denis Odoi was fantastic when he came on and I’m still optimistic about our season ??#COYW ⚪?⚔

Some proper rubbish teams in the Premier League, Southampton, Newcastle, Cardiff, Huddersfield, Fulham…playing for a draw every week, scratching around just to stay up, whats the point?

Match 2 of 10: Manchester United vs Wolves 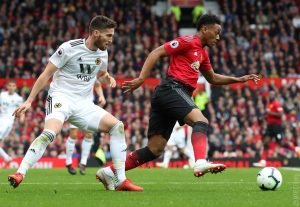 Manchester United played the right way. Ignore all the naysayers who want to make you believe this is a bad result. Pochettino has lost 3 straight games and Pep was beaten at home by Lyon. It’s just a draw.

Manchester United are in a cyclical sequence of:

Life as a United fan in the last few years… #MUFC

Are Wolves a bad side? No. Should we even be entertaining that ‘it’s ok’ we drew at home to them? No. Manchester United, nor the fans, should be pleased with a draw to Wolves at home. Six games in, eight points behind Liverpool. That’s a sad state.

Match 3 of 10: Crystal Palace vs Newcastle 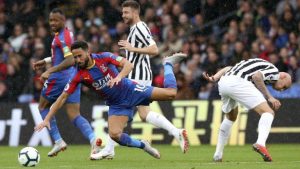 BREAKING: Newcastle United could be set to face a Premier League sanction after one of their fans threw a bottle and hit Crystal Palace defender Aaron Wan-Bissaka in the neck!

More than likely be just a fine but still no excuse for this behaviour.

RH on Max Meyer: Very happy. He’s been training very well and we like what we see. We like what we see with Kouyate as well. I think when he came on he did a good job, he knitted our play together nicely. #CRYNEW pic.twitter.com/jHjh3PdZMA

Match 4 of 10: Leicester City vs Huddersfield 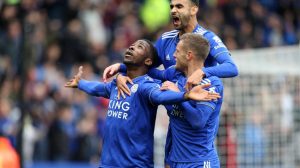 4 – James Maddison has either scored or assisted in four of his last five Premier League starts for Leicester City (3 goals, 1 assist). Whip. pic.twitter.com/w8VcE1fkTy

Leicester City picks up an enormous win after a complicated league start, manager can finally breathe a little #EPL

The greatest champions?? Really?? Come back when city win the league and champions League and FA cup in the same season…….. Leicester’s league win will be remembered far after city’s from last season will be!