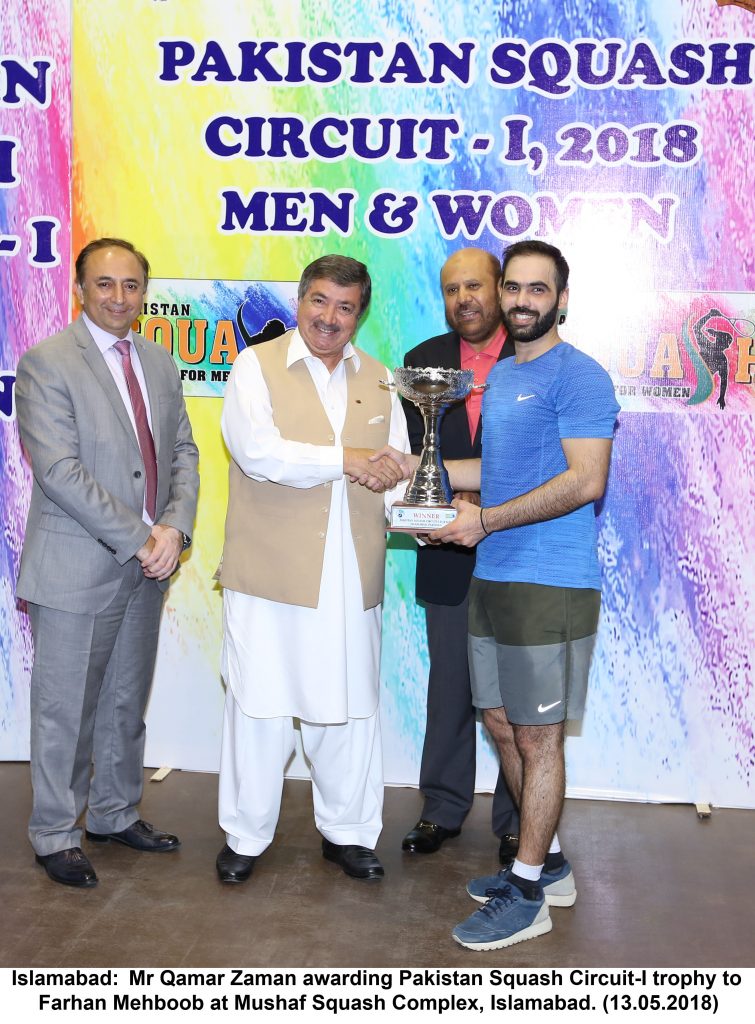 Men’s Final proved a one sided match in which Farhan Mehboob brushed aside young Israr Ahmed in 36 minutes. 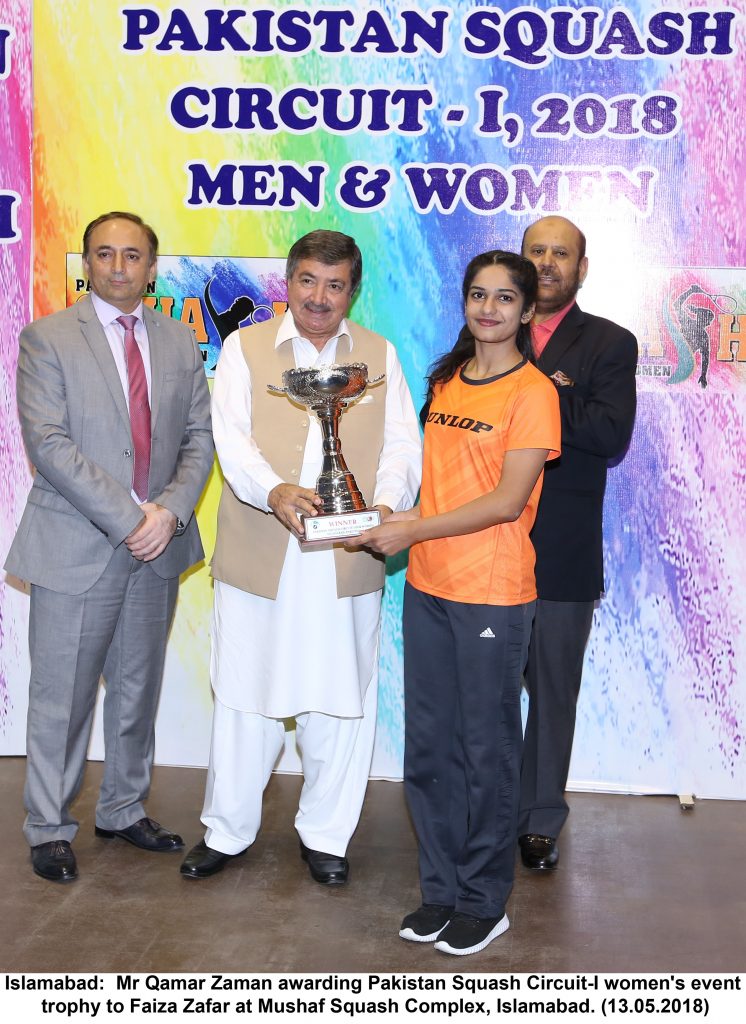 The women’s final was played between two sisters, Faiza Zafar and Madina Zafar. Faiza easily defeated her younger sister in a match which was played for 26 minutes.