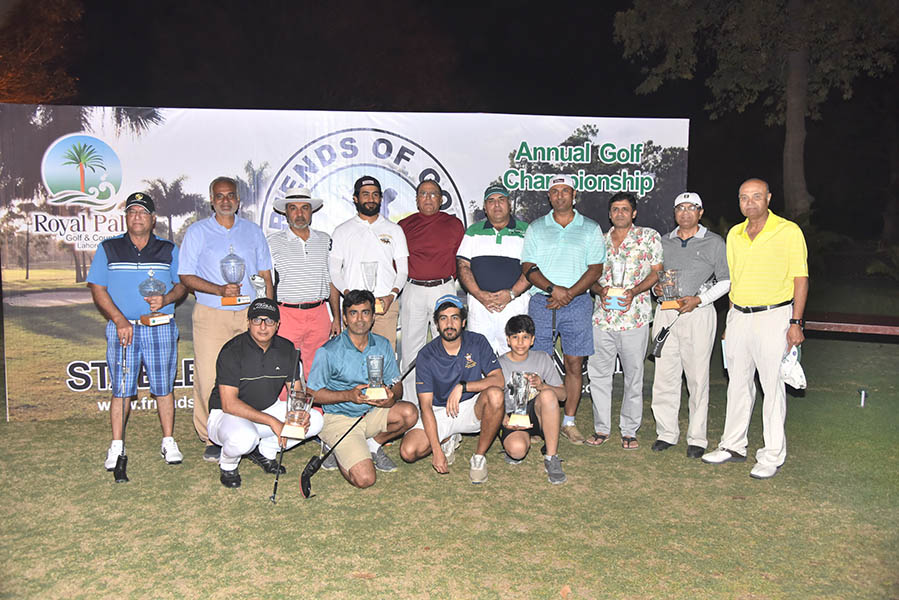 In the 18 holes Royal Palm Friends of Golf Annual Competition contested at the Royal Palm Golf Course, a total of 62 competing amateurs registered for a try at the glittering prizes offered by the sponsors.

While competing on the stable ford format basis, and on a slightly less hot day, many of the aspirants were just not gallant enough and due to vulnerability on the greens found their chances of victory fading away with each poor putt.

The resolute one,however, turned out to be Hassan Hamed, a very young talent loaded golfer who played admirably, with approach shots looking vastly superior to other competitors and on at least six holes he holed out with deadly precision. During the round he was brilliant on the back nine and had two birdies on holes 11 and 13, pars on holes 10, 12 and 17 and bogeyed the remaining holes. Through a good all round display, he compiled a total of 38 points (17 points on the front nine and 21 on the back nine) and by virtue this tally he emerged as the holder of the Friends of Golf Annual Title 2018.

Another golfer with a winning touch was the ever steady performer Abdul Islam Nazir who showed fine match playing qualities to finish the front nine with 20 points but slightly erred on the back nine to pick up just 17 points. His tally of 38 points equaled the points compiled by Hassan but the title was awarded to Hassan, as he had more points on the back nine, 21 to Hassan and 17 to Abdul Islam Nazir.

In the competition there were a total of six prizes in the race for honours in amateur category. While the first two positions went to Hassan Hamed and Abdul Islam Nazir,others who captured the last four positions were 3rd – Asim Tiwana, 4th – Ale Imran, 5th – Ahmed Buksh,and finally, 6th – Hussain.

Senior section winner was the accomplished Hamid Sharif and his points tally was 35, a really appreciable effort. Runner up was Mansoor Zaigham with 34 points and lost to Hamid Sharif by just one point.

As for the other events the nearest to pin prize went to Zahid Hussain, the longest drive to Hassan Hamid and Hussain Hamid who both had a driving distance of 325 yards. Another notable one was a winner in the humble category and he was awarded the maximum golf prize for coming up with the lowest points.