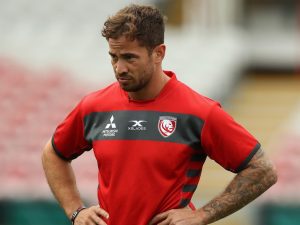 Danny Cipriani who plays as a fly-half for Gloucester, has not been included in the England’s 36-man squad, which is all set to participate in a training camp one week from now.

Cipriani has exceeded expectations for his club in the beginning stages of the season, however has been neglected by head coach Eddie Jones.

Gloucester sign Danny Cipriani, who tears up in the last England match, pulls strings like Geppetto in the Premiership and adds an unrivalled passing game on the gain-line, but they still can’t get an England call up. Kingsholm curse.

Meanwhile, Leicester center Manu Tuilagi is incorporated for the camp in Bristol, having last played for England in 2016.

Also, Chris Ashton who is a Sale winger and is serving a 7-week ban and suspended until mid-October, is likewise included.

For the November Internationals, head coach Eddie Jones will name his squad on 18 October, before a training camp in Portugal. The England Rugby team will play against New Zealand, Japan, South Africa and Australia in successive weekends at Twickenham.

Cipriani was featured in England’s starting team in the last match, which was a 25-10 prevail upon South Africa in Cape Town, however was fined both by magistrates and Gloucester in the wake of confessing to common assault and opposing arrest in Jersey in August.

Struggling to justify Danny Cipriani’s exclusion to myself. He has taken his punishments and is playing brilliantly. Makes zero sense.

Jones said a month ago the issue had been managed and Cipriani would be “judeged on his rugby”. The Australian reaffirmed that point following the declaration, saying Cipriani’s oversight is “100%” on rugby grounds.

I feel a bit sorry for him.

He’s playing so well for Gloucester.

Either pick him or don’t.

Don’t mess the bloke around.