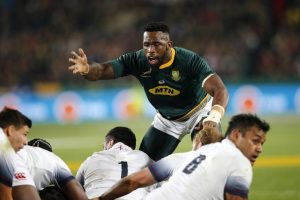 England clung to scratch a phenomenal, upside down challenge and get their autumn off to a triumphant beginning.

An unpracticed pack were walloped in the main half and just a progression of South African blunders and the brilliance of Owen Farrell’s boot kept them in it at the interim.

You don’t have to be from Wales , Scotland, England, or South Africa… by today’s laws that’s a red. Let’s move on pic.twitter.com/s7WK2Dh5Ic

In any case, step by step Eddie Jones’ men discovered their control and shape, and Elliot Daly’s three-pointer from inside his very own half had poked them in front, just for Handre Pollard to thump over a penalty to make it 11-9 to the Boks with time running out.

However, Farrell handled his 3rd penalty from out on the left to edge the men dressed in white back in front, and Pollard could just hit the upright with his endeavored match-victor at the passing.

It’s full time at Twickenham and England have got the 2018 #QuilterInternationals off to a winning start with victory over South Africa ?#ENGvRSA #CarryThemHome pic.twitter.com/tuMuieuL0C

The Springboks will think about how they lost a match they had completely commanded for the initial 45 minutes.

However England declined to wither, and for a group and mentor under strain, this was a valuable triumph, regardless of how thin it might have been.

“Thankfully there was a bit of common sense.”