The main final between Honda Chenab and Black Horse Paints/Artema Medical will be contested at 3:00 pm today (Sunday) while the subsidiary final between Dawood Group and Elan will take place at 1:45 pm.

Fighting for the place in the main final, Black Horse Paints, which had two goals handicap advantage, emerged as winners against Newage by defeating them 8-7 in the thrilling encounter. Hamza Mawaz Khan was hero of the day by firing fabulous five goals which also included the match-winning the goal in the fifth chukker. Ahmed Bilal Riaz (one goal) completed the tally for the victors. From the losing side, Shah Shamyl Alam scored a quartet while Ahmed Zubair Butt scored a brace and Adnan Jalil Azam struck one.

Black Horse Paints started the match having two goals handicap advantage while they also contributed with two more goals to take 4-0 lead. Newage hit one goal to reduce the gap to 4-1. Black Horse maintained their supremacy in the third chukker and slammed in two more goals to have 6-1 lead which was soon reduced to 6-2 by Newage. Newage bounced back in the third and fourth chukker and leveled the score at 6-6, which remained intact till the final whistle was blown. The match entered the sudden death chukker, where Hamza Mawaz hammered a match-winning goal to help Black Horse Paints win the encounter 8-7. 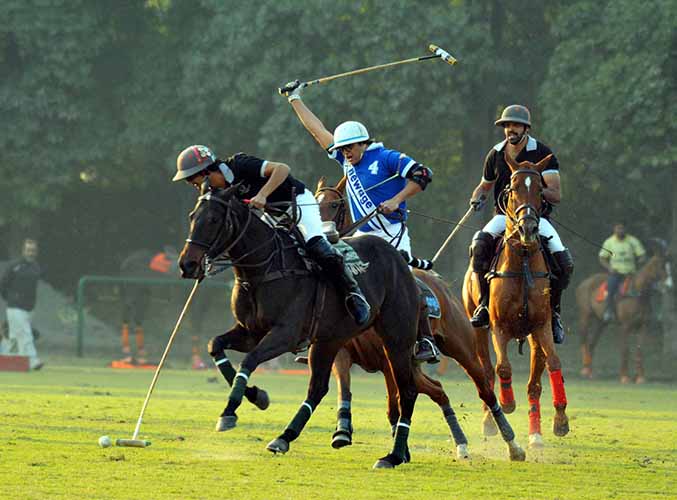 On Sunday, the final between Black Horse Paints/Artema Medical will take place at 3:00 pm at the Lahore Polo Club ground while the subsidiary final will be held at 1:30 pm.