These are the first 2 matches of La Liga, Match Day 2 of 38. The highlights are appended below the points table. In case, you missed the highlights of the last three matches click here. 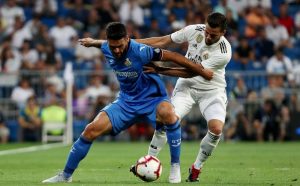 FT: Getafe 2-0 Eibar (Angel, Jorge Molina). Getafe gets their first win of the season while for Eibar, its back to back defeats to start the season.

Getafe bounces back to winning ways with a 2-0 win over Eibar, while Eibar extends their losing streak to 2 consecutive games. #BetwayDaily

Match 2 of 10: Leganes vs Real Sociedad 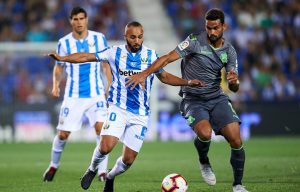 That feels like a huge point/result for Leganés, fully deserved. Brilliant game. The equalizing goal scored at midnight, love it ?

Nabil El Zhar completed his brace late in the 2nd half as Leganes came from 2 goals down to force a 2-2 draw with Real Sociedad at home. #SSFootball

For the next matches of Match Day 2 of 38, visit allsportspk later today.