These are the first 5 matches of LaLiga, Match Day 9 of 38. The highlights are appended below the points table. 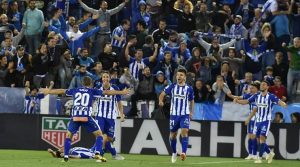 Real, Valencia, then Atleti, and now either one of or both Barca and Sevilla drop points this weekend.

Alaves are really going to win the league aren’t they?

Basque soccer team Alaves at the top of La Liga ranking after win yesterday against Celta Vigo and against Real Madrid Oct. 6 https://t.co/nEb65d8nZL

Match 2 of 10: Real Madrid vs Levante 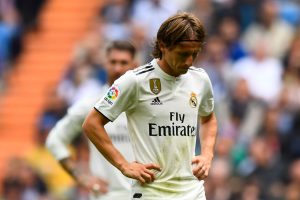 Juventus having their best ever start to a season in history.

Real Madrid having their worst ever in history.

The deciding factor? This man. pic.twitter.com/A9RoxQ1PZu

Every other Real Madrid player was busy bashing Ronaldo just to prove that they’re madridistas. While this guy showed his 100% love to Ronaldo and still performed when no one could do it. pic.twitter.com/N2AuL7zCZY

Real Madrid are 2 down at home to Levante and have gone more than 7.5 hours without scoring a goal. That’s the longest run in their history. ?

Match 3 of 10: Valencia vs Leganes 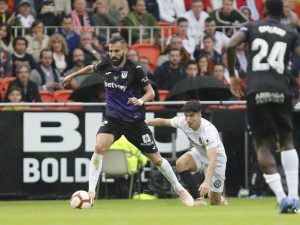 Some notes on Oscar’s performance against Valencia this evening.

Leganes pick up a draw against Valencia, and get their third good result in four matches as they hold on to a point at the Mesta… https://t.co/53S56yzOUA

For the next two matches, move on to the next page!