These are the first three matches of of Serie A, Match Day 9 of 38. The highlights are appended below the points table. 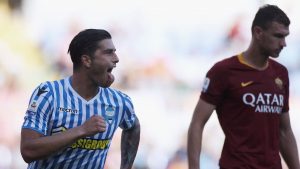 #Spal get the PK!

On Monday now, that @ASRomaEN admin will come and be forming friendship with us. Win Spal today, problem.

Travelled 10,820km only to see us get ripped off by SPAL ? @ASRomaEN I demand better results next time pic.twitter.com/ZB2dsCdAmv 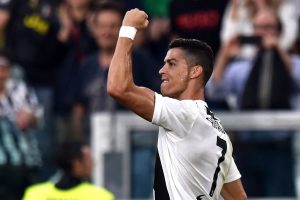 Heartbreaking from Genoa’s Bessa, who scored the goal of surprising 1-1 v Juventus, and that in flash interview goes: “As yesterday it was International Day of Breast Cancer, then this goal is dedicated to my mum that 6 years ago has beaten it and today was here watching me” pic.twitter.com/8zJ3Uh8noY

CR7 is great but don’t come here and be shouting upandan like how he’s conquering Italy … MANY players have switched leagues and scored goals besides why didn’t he join Verona?Juventus have won 7 consecutive Serie A titles before him!

I am still a #RealMadrid fan but I haven’t seen any of their matches this year maybe just a few highlights, tweets, and score updates. But #Juventus matches, I’ve watch every single one even if I had to watch the recordings of the games I’ve missed. #CR7effect pic.twitter.com/705tc6BSIF

That was the first time Juventus have even drawn a home game in serie A at odds of 1.5 or less since they drew 1-1 vs Frosinone in sept 2015. Been 39 home wins for them in serie a since then at 1.5 odds or less until today

Juventus drop points for the first time this season and are unable to break their record of wins to start a Serie A campaign, with Daniel Bessa cancelling out Cristiano Ronaldo’s first half strike. 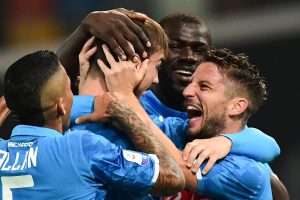 Napoli make some headway in Serie A with a 3-0 win at Udinese.

Did you hear about @afronapoli football team and the local elections of the town of #Marano di Napoli? We will post something about this at the beginning of next week when there will be results. Follow us!

— Building the future together (@BFutureTogether) October 20, 2018

Routine win for Napoli, never really got out of third gear. Really impressed with Kevin Malcuit at right back for Napoli. #UdineseNapoli