These are the next 4 matches of LaLiga, Match Day 13 of 38. The highlights are appended below the points table. 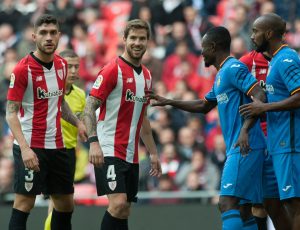 Possibly the most predictable draw of the season.

Getafe played some lovely football when they actually had to and should have won the game at the end.

They were denied a stonewall penalty in the last play when Iñigo Martinez rugby tackled Mata pic.twitter.com/liLnEGp5pO

Athletic Bilbao 1-0 Getafe after 70’ and the Basque team just about deserve their lead. 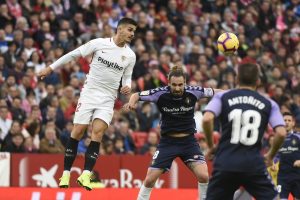 Pleased with sevilla today. Couple yrs back sevilla drew back to back home games vs leganes and gijon, I was involved with both. Went out for a walk and swore really loudly for half an hr. Anyone who saw me would have thought I had just been released from a mental asylum ?

26 – Sevilla have earned 26 points after 13 first games in the Spanish League, the fewest points for a #LaLiga leader in the 21st Century alongside Deportivo in the 2001/2002 season. Equality pic.twitter.com/KsFkv8jdA8

Girona walked away with a 3-1 victory away from home against Espanyol while Villarreal edged out Real Betis 2-1. #SSFootball

#VillarrealRealBetis | 2-1 ? FULL-TIME | That’s it! A second-half header by @GerardMoreno9 and @chukwueze_8‘s second goal in two games give the Yellows all three points on @LaLigaEN Matchday 13! ?? pic.twitter.com/2Fj87q9YbY

#VillarrealRealBetis | 0-0 ? 39′ | First substitution for #Villarreal: @Trigueros17 goes off injured and @mmorlanes takes his place in the centre of the park. Come on #Villarreal! ? pic.twitter.com/T15bh6vqnX