The first two matches of the Round of 16 were held of the ongoing FIFA World Cup 2018. The match wise highlights are appended below.

GOAL ⚽ @AntoGriezmann makes no mistake from the penalty spot! @equipedefrance lead early on.

What a goal by Angel Di Maria!! He ties it up at the 42nd minute and the crowd goes wild! #WorldCup #ArgentinavsFrance #LetsBall pic.twitter.com/rkg3CiJg5H

From 0-1 to 2-1. Brilliant Strike From Lionel Messi Slightly Deflected By Gabriel Mercado. What A Moment For #Argentina And #Messi Fans. ??? 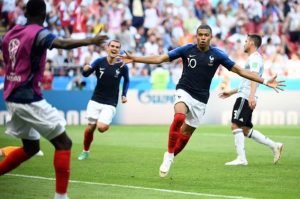 “Wena Mascherano get our passports ready , nna I’ll tell the pilot to refuel the plane. And then wena Aguero , organize transport to the airport” pic.twitter.com/tJzpfDcoPY

Argentina’s coaching staff is absolutely clueless. They have amazing players and they don’t use them at all. Aguero should have started. They had absolutely no plan. But everyone is going to put this on Messi when there is absolutely nothing he could have done.#ArgentinaVsFrancia

Antoine Griezmann is the first #FRA player to score a goal in both the group stage and knockout stage of a single #WorldCup since Zinedine Zidane in 2006.

Antoine Griezmann: “We had difficult moments where Argentina were better than us, but we knew to remain solid. We have a great team that will be difficult to beat
cc @DhakabaKigongo #RokaniMediaUpdates

I disagree that Messi have shit teammates I am sorry but Aguero, Dybala, Higuain (yea him), Di Maria all are good enough to go far in this competition

A suggestion for nativists the world over.
Take a look at French wondrous footballer Kylian Mbappé.
Cameroonian father.
Algerian mother.
A child of immigrants.
Proudly French. 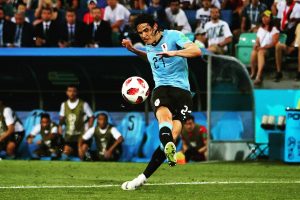 Edison Cavani scores a brace for Uruguay?? as they beat Portugal?? 2⃣-1⃣at Sochi.

Pepe equalized for the European Champions but an Edison Cavani curling effort was more than enough for the South Americans.#WorldCup #Rusia2018 #URUPOR pic.twitter.com/OVWnVUt864

Join allsportspk tomorrow for the next matches of the Round of 16 of the FIFA World Cup 2018.