These are the next 4 matches of LaLiga, Match Day 8 of 38. The highlights are appended below the points table. 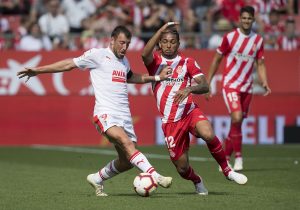 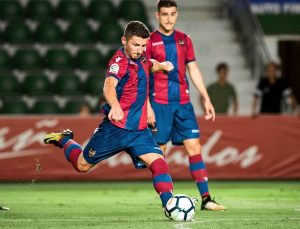 Strange ending at the Coliseum as Francisco Portillo is sent off, presumably for saying something to the ref.

Great goal of the Levante
GET 0-1 LEV pic.twitter.com/VWDjcZaJbq 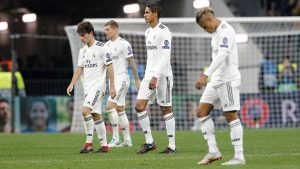 Time to celebrate! ?@Alaves beat Real Madrid in #LaLiga for the first time in 18 years!#AlavesRealMadrid pic.twitter.com/R9lF1Nkbox

Real Madrid have failed to score in four consecutive games across all competitions for the first time in the 21st century.

After sacrificing his job as Spain NT manager just days before the World Cup to be Real Madrid’s coach, Julen Lopetegui’s sacking is edging closer and closer by Madrid following his team’s disappointing results and failing to score a single goal in 300+ minutes of football.

Match 5 of 10: Leganes vs Rayo Vallecano 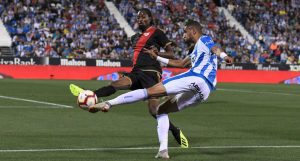 Nice to see Oscar’s leap, maybe unexpectedly. Two seasons ago he was at Juvenil A. He didn’t impress much last season with Castilla. Didn’t play at all with Leganes early on. He’s been good the past few games, and tonight he’s the focal point of everything Pellegrino has designed

I told you guys when we lost against leganes that a league campaign is different,big teams will always drop ridiculous points