These are the next 4 matches of LaLiga, Match Day 8 of 38. The highlights are appended below the points table.

Match 6 of 10: Valladolid vs Huesca

Having not scored in their first 4 Liga games, Valladolid have scored 7 in 4 to go 6th, level on points with Atlético and Betis on 12 points.

Huesca stay rock bottom, having conceded more than any other side (18).#LaLiga #RealValladolidHuesca 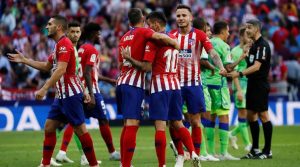 Knowing that @jmbartomeu won’t fire Valverde in January, regardless of where we are is the saddest part here. He’ll wait to watch Madrid win UCL again and Atletico win LaLiga. #Barça

Don’t worry we’ll win the league at the end. Coz Atletico, Madrid and us, we are all going to play CL games at the same time, where everyone will drop points. And At Madrid cannot keep the second half of the season winning all games. They are useless in 2nd half.

Match 8 of 10: Espanyol vs Villarreal 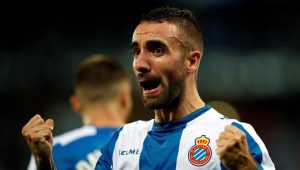 Atletico and Sevilla won. Sevilla is 1st atletico is 2nd and we’re 4th. If barcelona wins they will be 1st and we will be 5th with the same points amount as Espanyol and Alaves. 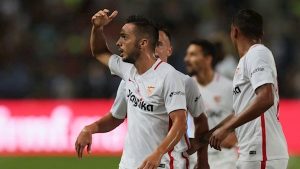 Match 10 of 10: Valencia vs Barcelona 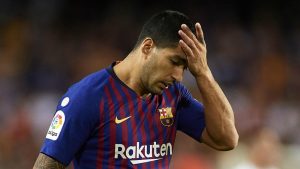 Tbh, Barcelona fans deserve what they’re getting. It’s Valverde’s fault when they lose or draw, but the praise always goes to Messi alone anytime they win.

Barcelona were held to a 1-1 draw by Valencia at the Estadio de Mestalla on Sunday night as the Catalan giants were bailed out of trouble by a superb Lionel Messi goal in the first half. pic.twitter.com/6NjUyHT7KQ