This is the next 5 matches of LaLiga, Match Day 5 of 38. The highlights are appended below the points table.

Match 2 of 10: Rayo Vallecano vs Alaves 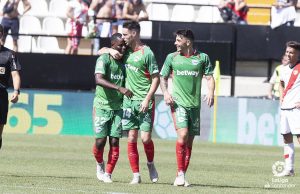 Maybe one should have known better. #Alaves would come to win 5-1 at #RayoVallecano, with Ibai Gomez hitting a brace. #RayoAlaves https://t.co/DwcMn5IBAl

#Alaves striker Jonathan Calleri has scored the goal NO.100 in #Laliga season 18-19
3rd goal side Alaves over Rayo in away 5-1 win #RayoAlavés pic.twitter.com/AkR8xtV6lZ 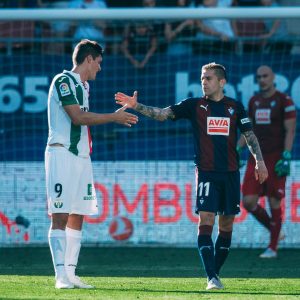 It look like a beautiful day in Ipurua! Eibar is coming off of the tie & win in their last two games while Leganés has only earned 1 point all season. #EibarLeganes

Match 4 of 10: Celta Vigo vs Valladolid 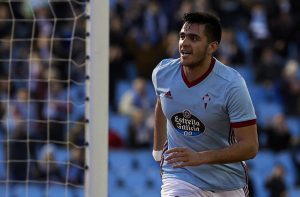 No it isn’t and yes it’s true. I told you what I meant by hoofing and the circumstances under which it occurs so routinely. And celta vigo wasn’t one of them. We weren’t chasing the game for starters, we weren’t facing a team that could just sit back and get a result for another. 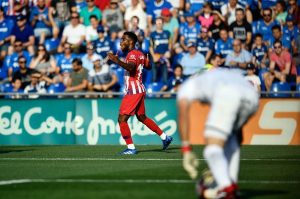 A Thomas Lemar-inspired Atletico Madrid got its @LaLiga campaign back on track with a hard-fought 2-0 win over 10-man Getafe at the Coliseum Alfonso Perez.https://t.co/4smDutmnrF

More than happy with a 2-0 win at Getafe. Congratulations to Thomas Lemar for his first goal in la liga. Also his strike for the first goal which come back off the keeper. Great performance, onwards and upwards. #GetafeAtleti #Atleti #AtleticoMadrid #LaLiga #Laliga #AupaAtleti

Match 6 of 10: Real Madrid vs Espanyol 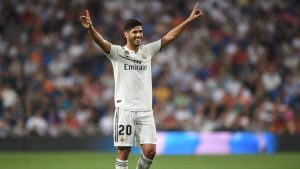 Real Madrid has a pretty good squad to fight all 3 fronts this year , We can not let Barcelona win the league, it has to end.

FT 1-0. Wins a win, but wasn’t the moat convincing from Real Madrid. Enough Espanyol chances for them to get something from that tonight. #RealMadridEspanyol