These are the first three matches of LaLiga, Match Day 6 of 38. The highlights are appended below the points table. 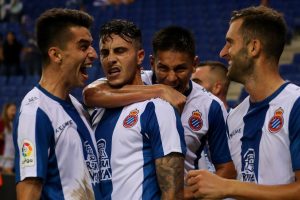 Espanyol with a deserved win. Played some nice football again, Melendo-Roca-Darder a pleasure to watch link up. Eibar offered nothing.

Espanyol (temporarily) up to fourth with win over Eibar. Positive early signs under Rubi. Cucurella did OK on Eibar debut. 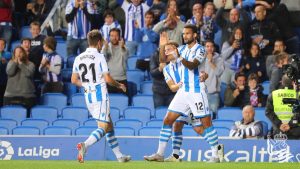 It’s staggering Rulli is still starting games for Real Sociedad. He’s completely gone, just a nervous wreck every game. It has been like this for so, so long.

Not my day today. Full Bore could only finish second, Silk Run third and although Solihull Moors won 2-0 against Dagenham and Redbridge, in the other half of my double Real Sociedad could only draw. -2 points on the horses, -1 on the footie. We go again tomorrow

Match 3 of 10: Atletico Madrid vs Huesca 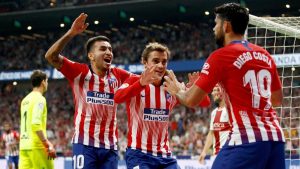 @SkyBetHelp Atletico Madrid should have just had a corner in the second half to win my bet. Keeper made the save but the ref wrongfully gave a goal kick… anything you can do about it???