These are the next four matches of LaLiga, Match Day 7 of 38. The highlights are appended below the points table. 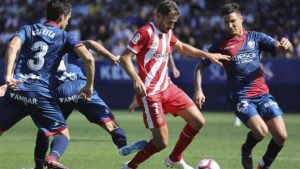 The home fans at the Estadio El Alcoraz saw Huesca claim their first ever home LaLiga Santander point on Sunday afternoon, as they came from behind to draw 1-1 with Girona. The visitors from Catalonia had… https://t.co/kIU3JBavVR

? Spoils are shared this Sunday lunchtime as Girona blow a narrow lead & only come away with a point. Their performance perhaps only deserved a draw but it’s games like this which influence their objectives for the season.

Match 7 of 10: Villarreal vs Valladolid 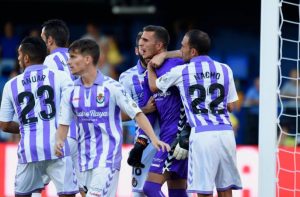 27 shots, no goals. Villarreal attacked like hell, but Valladolid stopped all their attacks, and with an awesome contraattack they brought home all 3 points. Beautiful example of how you can win a match with defence.

It would help the kid so much, imagine all the advice and support he’d get from the ?

I wonder if RM are looking to use Valladolid as a feeder club, he’ll eachother out, RM buy talent, RV raise the talent, win win for both. I’d like to see that. 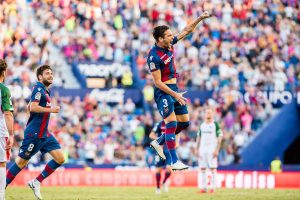 This time last season, #Alaves hadn’t won’t any of their first six games – #Levante was the first.

This season, a win for Alaves will make them co-leader of the #LaLiga table w/ Barcelona & Real Madrid. ?

▪️Loren Morón score for the 2⃣nd consecutive match, which is also his 2⃣nd goal of the season

This possession based system that Real Betis are running is really set up for high scores for the defenders, another 1-0 win tonight #FootballINDEX pic.twitter.com/R0YgY063FG