Warning: "continue" targeting switch is equivalent to "break". Did you mean to use "continue 2"? in /home/allsportspk/public_html/wp-content/plugins/revslider/includes/operations.class.php on line 2734

Warning: "continue" targeting switch is equivalent to "break". Did you mean to use "continue 2"? in /home/allsportspk/public_html/wp-content/plugins/revslider/includes/operations.class.php on line 2738 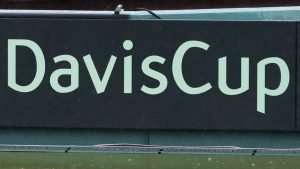 According to ITF announcement, the AGM approved with 71.43% majority, the ITF and Kosmos’ transformational reforms to the Davis Cup.

The salient features of the reforms and future events planned are:

The ITF AGM has voted in favour of the ITF and Kosmos’ transformational reforms to the #DavisCup by BNP Paribas, which will secure the long-term status of the competition.

All the necessary steps have been taken by ITF and Kosmos to successfully consolidate this transition and are planning to announce further details in the coming weeks.
Kosmos is a Barcelona based holding company is currently building a global portfolio of sports, media, and entertainment ventures, leveraging strategic synergies across forms of content, platforms, technologies and geographies. Founded by professional football player Gerard Pique, and supported by Hiroshi Mikitani, the Chairman and CEO of Rakuten.
For more updates keep visiting allsportspk