Tennis: Juan Martin Del Potro Pulls Out Of Paribas Open Due To Injury 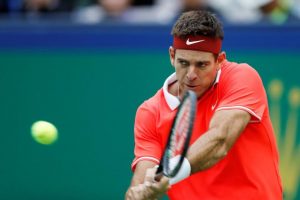 Defending champion Juan Martin del Potro has pulled back from the Indian Wells Masters because of knee damage.

Del Potro, who skirted January’s Australian Open as he recouped from a broken kneecap, made his 2019 introduction at the Delray Beach Open, where the Argentine star lost in the quarter-finals.

The 30-year-old spared three title points to upstage Roger Federer for his maiden Masters 1000 crown in Indian Wells a year prior yet Del Potro won’t return guard his title.

He mentioned a clear message on Twitter regarding this matter:

“Hi everyone! I wanted to give all of you an update that after playing Delray Beach we had various consultations with different specialists, and we decided that I needed to do a regenerative therapy treatment on my knee,” Del Potro said in a statement posted on Twitter.

“Unfortunately I will have to wait for several days before I can get back on court and train.

“I am very sorry that I will not be able to defend my title in Indian Wells. I was really looking forward to going back and playing in such a special place, but I have to wait two weeks to see if the treatment will be effective to allow me to play in Miami.

“Thank you for all the support and messages, and I will make sure to keep everyone posted on my recovery the next couple of weeks.”

Defending Champion Juan Martin del Potro has withdrawn from the BNP Paribas Open due to a knee injury.

With his withdrawal, Taro Daniel moves into the tournament.#BNPPO19 pic.twitter.com/ugb5ipRRMm

Wow. I just woke up to some terrible news. Del Potro withdraws from Indian Wells while Sharapova will miss Miami. Really terrible.

He will still try to recover for Miami.