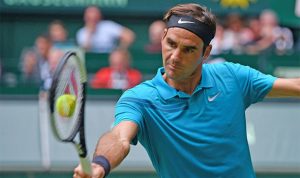 Rafael Nadal reclaimed his No.1 spot after Roger Federer lost the Halle Open Final to Borna Coric who jumped from 34th position to the 20th position in the Men’s Tennis Rankings.

Mate Pavic still holds the top rank in Men’s doubles tennis rankings followed by Oliver Marach and Lukasz Kubat who are placed 2nd and 3rd respectively. John Peers and Henri Kontinen replaced the U.S pair of Bob and Mike to be at the 5th and 6th position respectively.

Simona Halep remains at the top of the Women’s singles rankings followed by Caroline Wozniacki and Garbine Muguruza who are placed 2nd and 3rd respectively. Elise Mertens jumped 2 ranks to place herself in the Top 15 while Coco Vandeweghe and Ashleigh Barty experienced a downfall in their rank.

Elena Vesnina remains at the top of Women’s Doubles tennis rankings followed by Ekaterina Makarova and Latisha Chan who are placed at 2nd and 3rd respectively. Meanwhile, Barbora Krjcikova and Gabriela dabrowski upped their ranks by 2 positions replacing Ashleigh Barty and Hao-Ching Chan.