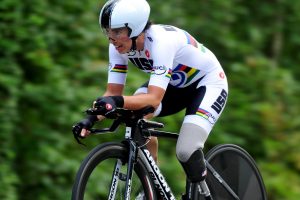 For the first time ever, Para-cycling races will be incorporated at the UCI Track Cycling World Cup scheduled to be held in London, at the end of this year.

The Track Cycling World Cup is a multi-race competition where competitors contend in more than 6 different events worldwide.

This current season’s tournament starts in France on 19 October, with London facilitating the fourth leg of a six-race arrangement that closes in Hong Kong on 25-27 January.

The 7 time Paralympic champion, Jody Cundy termed this step as a “a great step forward for the sport”.

It’s fantastic to see Para-cycling events being included in the schedule. I’m delighted that Great Britain is leading the way.

The Paralympic Games in 2012 – in cycling and every other sport on the schedule – was a seminal moment for global Para-sport, and it’ll be brilliant to go back to the velodrome at Lee Valley VeloPark this December and see further progress being made.

Fantastic news, Paracycling is finally part of the Track World Cup! It’s a limited program, but great news, on the Friday you will get to see some Tandem Sprint action! I can not wait to be back racing at @LeeValleyVP for the first time since London 2012. https://t.co/t4FhQgOCda

A global first in the history of para-cycling and the #TissotUCITrackWC.