Allsportspk presents to you the 1st half of  round of 16 of men’s and women’s singles of Wimbledon 2018.

?? will be represented in the men’s quarterfinals!

John Isner makes the quarterfinal at Wimbledon for the first time in his career, beating 19-year-old Stefanos Tsitsipas 6-4, 7-6, 7-6.

It’s only the second time Isner has reached the last 8 at a Slam (2011 U.S. Open) pic.twitter.com/se3qX8vmqU

.@JohnIsner is looking at you, #Wimbledon quarterfinals! 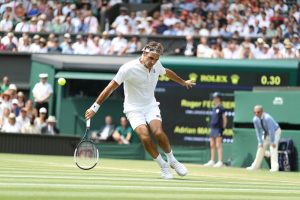 A 15th quarter-final in his last 16 appearances at #Wimbledon@rogerfederer brilliant record at The Championships continues… pic.twitter.com/lzlO67uJof

Defending champion Roger Federer has reached the #Wimbledon quarter-finals without dropping a set.

Kei Nishikori is in the last eight.

A tough end to the match for an injured Ernests Gulbis, but the Latvian goes down fighting. 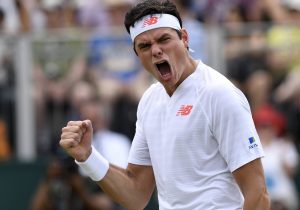 Milos Raonic ?? leads Mackenzie McDonald ?? by a set and a break, inching closer and closer to his third-straight quarterfinal at #Wimbledon.

Can the former finalist wrap this up in straight sets?