Badminton Rankings as of 3rd September 2018 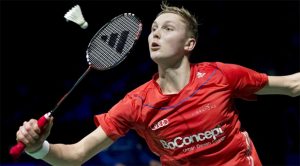 Some of the other significant upgrades were of Sergery Sirant, Kalle Koljonen and Lucas Claerbout who are now placed at 74th, 75th and 77th position respectively.

Tai Tzu Ying retained her rank at the top with Akane yamaguchi and Pusarla V. Sindhu placed at the 2nd and 3rd position respectively.

Other significant upgrades were of Gayle Mahulette, Crystal Pan and Selvaduray Kisona who are now placed at 89th, 90th and 100th positon respectively.