LAHORE: On 3rd day of the Punjab U-15 Boys Football Cup, there were 2 matches played at Punjab Football Stadium.

Defenders of both the teams exhibited brilliant piece of game and thwarted some certain goal scoring opportunities. Faisalabad strikers were in aggressive mood but they failed to score much needed goal despite several exciting moves.

The second match was also a goal less draw. The two teams – Rawalpindi and DG Khan – failed to emerge as an outright winner despite several attacks on goal post.

After two drawn matches, all the four teams were awarded one point each.

Images of the Day 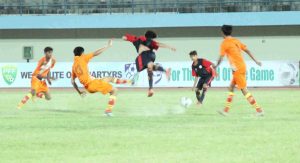 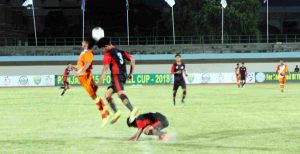