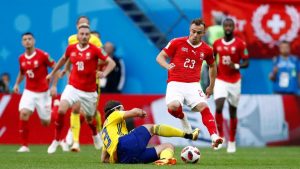 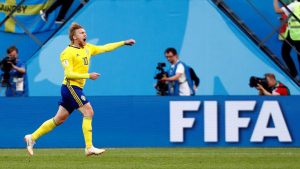 Emil Forsberg’s goal against Switzerland was his 14th shot of the World Cup; no player had had more without scoring in the 2018 tournament.

Finally a break through. pic.twitter.com/bJJMmtLRec 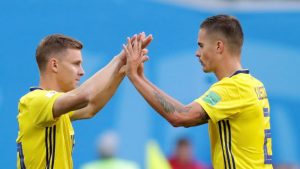 Most shot attempts at the 2018 #WorldCup without a goal:

14 – Emil Forsberg’s opener was his first goal for Sweden at the World Cup, with what was his 14th shot (inc. blocks) of the 2018 tournament. Arrival. #SWESUI #SWE #WorldCup pic.twitter.com/xeiTTiSnZJ

Emil Forsberg scores his 7th career international goal to give #SWE a 1-0 lead.

Sweden is aiming to win consecutive #WorldCup matches for the first time since 1958 (as hosts) pic.twitter.com/a5F9lxgB48

For the next match highlights go to the next page.