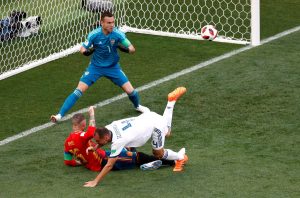 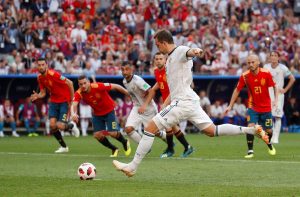 At 38 years of age Sergei Ignashevich has become the oldest ever player to score an own goal at the World Cup#ESPRUS #WorldCup pic.twitter.com/sZtOhUJaG9

38 – Sergei Ignashevich is the oldest ever player to score an own goal in a World Cup match (38y 352d). Oops. #ESPRUS #RUS #WorldCup

What type of record is this? “Sergei Ignashevich is the oldest ever player to score an own goal in a #WorldCup at the age of 38 years, 352 days.” #ESPRUS pic.twitter.com/1KwULwKzP5

Sergei Ignashevich tackles like Brian Urlacher and gets an OG. You cant mix football with football and expect to get fútbol. #FifaWorldCup2018

Sergei Ignashevich, at 38, is set to play two hours of football against Spain. If Russia end up qualifying here, then he should be ‘randomly’ selected for drug testing at full-time. Think Spain will be in the quarter-finals whatever the result…

Artem Dzyuba’s game-tying penalty was his third goal of this World Cup, tying him with Denis Cheryshev for the team lead.

This is the second time that 2 Russians have scored 3 goals at the same World Cup (1966 – Valeriy Porkuyan 4, Eduard Malofeyev 3) pic.twitter.com/eYzhAjsVMK

I only just tuned into Spain v Russia but I already feel compelled to point out that Artem Dzyuba looks like the product of some Soviet super-soldier experiment gone horribly wrong. Must be a nightmare to play against. 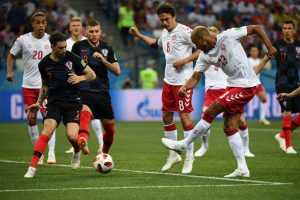 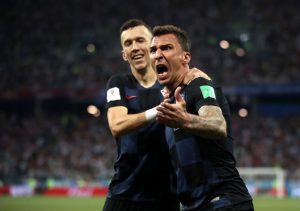 feel for the Danes ! ✊?They fought hard !
But Subasic was outstanding in what was a crazy shootout !
Croatia ?? well earned place in the quarters ! ?? #CRODEN

BREAKING: Croatia through.
Modric can breathe again.
Schmeichel couldn’t have done any more.
What drama!
What a World Cup!

Only two players have scored in consecutive #WorldCup tournaments for #CRO:

However, with Mario Mandzukic’s effort hitting the back of the net on 3:37, it does beat that game as the fastest occasion both teams have ever scored in at a #WorldCup ?#CRODEN pic.twitter.com/IyK8dKVEzF

I seriously hate Mario Mandžukić with a passion, almost more than any other player in any sport I’ve ever seen, but my God does that brilliant bastard turn up in the biggest of games.

Mathias Jorgensen is the first #DEN player to score in a #WorldCup knockout game since Brian Laudrup in 1998 (vs. #BRA).

The first in 20 years. ? pic.twitter.com/tbIqyLDC2Q

Join allsportspk tomorrow for the next matches of the Round of 16 of the FIFA World Cup 2018.