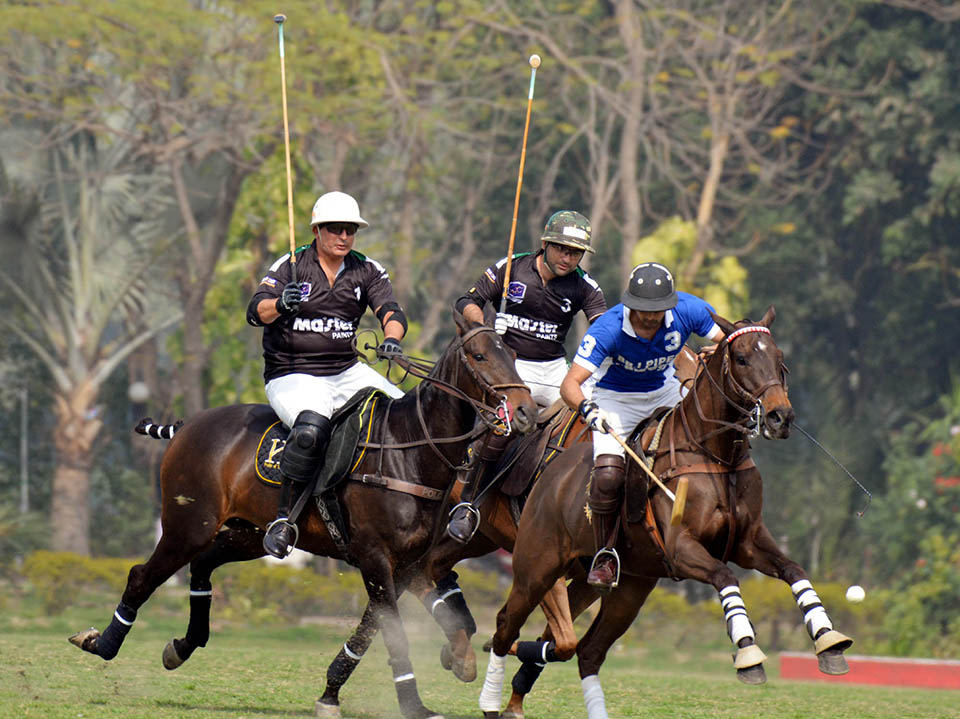 The first encounter of the day was contested between Newage/BBJ Pipes and Master Paints Black, which was won by the former with a margin of 10½-6. Hero of the day turned out to be Salvador Ulloa, who hammered 8 out of 10 goals for Newage/BBJ Pipes, which had half goal handicap advantage, while the remaining two came from Ahmed Zubair Butt. From the losing side, Gerardo Mazzini hammered scored a hat-trick and Hissam Ali Hyder a brace.

Newage/BBJ Pipes dominated the first half as they scored a brace through Salvador to take 2-0 lead. Master Paints Black struck their first goal in the second chukker through Mazzini to make it 2-1. But Newage hammered a hat-trick through Ahmed Zubair (one goal) and Salvadaor (2 goals) to stretch their lead to 5-1. Hissam then fired a field goal to reduce the deficit to 5-2, but the lead was once again enhanced by Salvador who converted a spot penalty.

The third chukker was evenly poised as two goals each were banged in by both the sides. Salvador and Ahmed Zubair hit one goal each for Newage while one goal each were converted by Mazzini and Hissam for Master Paints Black. Same was the case with the fourth and last chukker, where once again two goals each were scored by both the teams. But this time, Salvador struck a brace for Newage and Mazzini scored the brace for Master Paints Black, as the final score 10½-6 was in favour of Newage/BBJ Pipes. Howard George Smith and Jason Dixon were the field umpires. 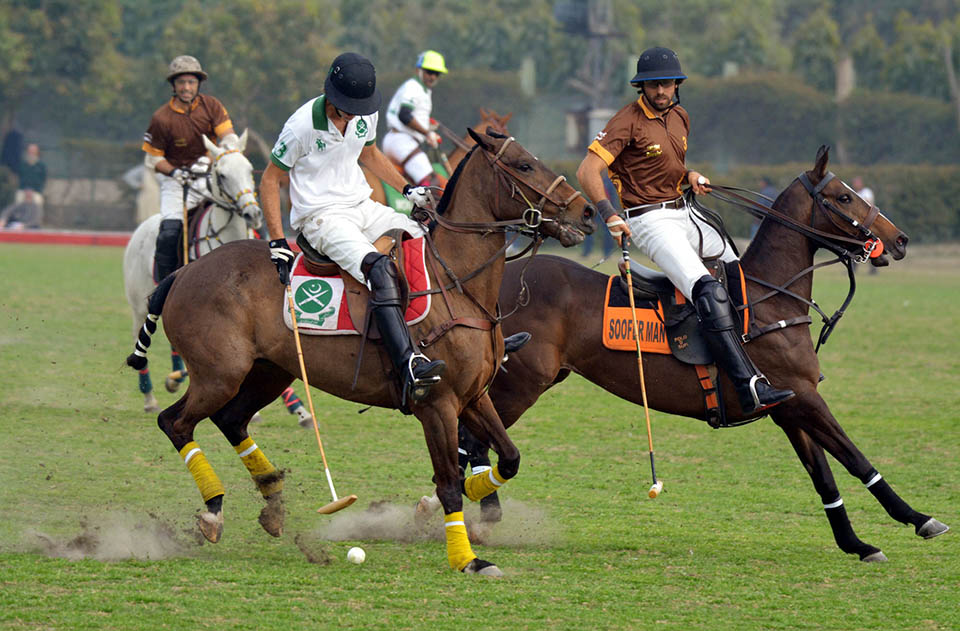 Heroics of Ignasio Negri helped Army outpace Rizvi’s/Master Paints by 5-2 in the second match of the day. Ignasio turned out to be star of the day for Army as he fired four out five goals while Major Omer Minhas struck the remaining one. From the losing side, Saqib Khan Khakwani and Hamza Mawaz Khan scored one goal each.

The first chukker of the match was evenly poised as both the sides scored one goal apiece with Ignasio scoring from Army and Saqib from Rizvi’s. Hamza gave Rizvi’s 2-1 lead which was soon equalized by Major Omer by the close of the second chukker. The third and fourth chukkers were fully dominated by Army as they struck one in the third and two in the fourth chukker – all the three by Ignasio to win the match by 5-2. Howard George Smith and Jason Dixon were field umpires. 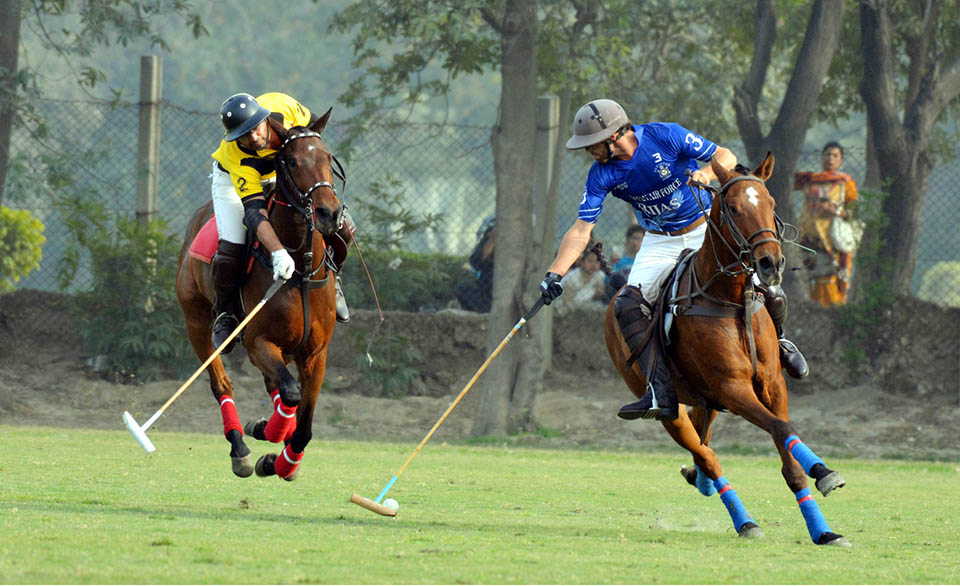 Barry’s overpowered Rijas Aces/PAF 9-6½ in the third and last encounter of the day. Star of the day for Barry’s was Juan Maria Ginazu (Tito) who slammed in 8 out of 9 goals for the winning side while Bilal Haye hit the remaining one. From the losing side, which had one and half goal handicap advantage, all the six goals were banged in by Deigo Araya, but his efforts couldn’t bear fruit for his team.

Juan Ginazu struck the opening goal to give Barry’s 1-0 lead but Deigo then pumped in fabulous four goals to provide Rijas Aces healthy 4-1 lead. Juan Ginazu then bounced back in style as he hammered a hat-trick to level the score 4-4. In the dying moments of second chukker, Bilal Haye hit one to help Barry’s take 5-4 lead.

Juan Ginazu once again smashed in an impressive hat-trick to further enhance their lead to 8-4. Deigo then converted two – one in the end of third chukker and another in the beginning of the fourth chukker – to reduce the margin to 8-6, but by the close of the match, Juan Ginazu struck one more to finish the match with Barry’s wining the match by 9-7½. Howard George Smith and Jason Dixon were umpires.