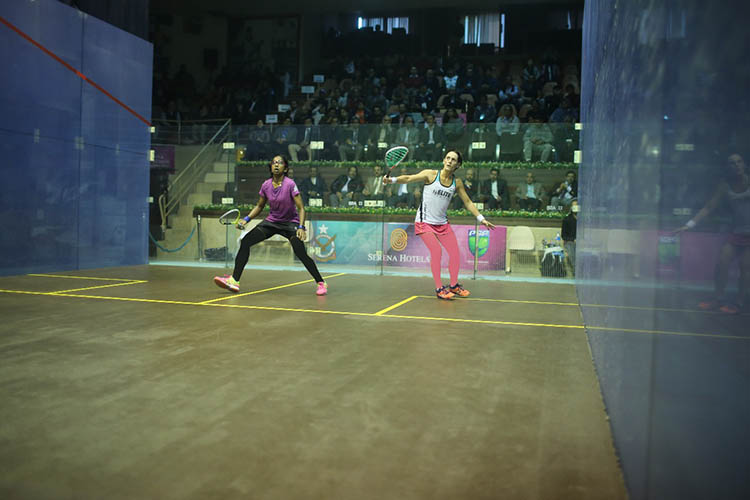 First semi final lasting for 46 minutes was a thrilling match between top seed Annie Au of Hong Kong and Rowan Elaraby of Egypt. The nail biting first game was won by Annie Au 13/11. In the second and third games the Egyptian took the control and won them 11/8 and 11/5 respectively.

Annie Au took the match to the final game by winning the fourth game 11/8. Annie dominated her opponent from the very beginning and easily won the game with the game score of 11/2. 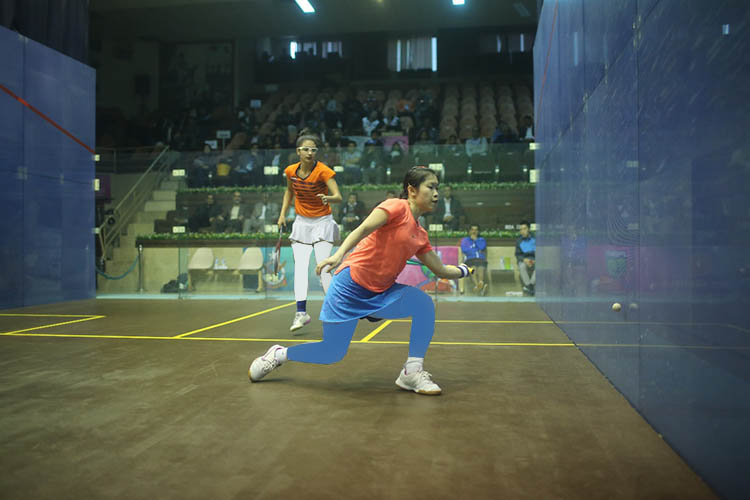 Subramaniam won the first game 11/9. She consolidated her lead in the match by winning the 11/7. The third game was also won by the Malaysian with the game score 11/5 securing her place in the finals of the coveted championship.