These are the 5th and 6th matches of Champions League, Round of 16, Leg 1 of 2. The highlights are appended below: 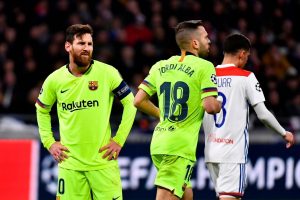 25 – Barcelona had 25 shots against Lyon, their most in a @ChampionsLeague game without scoring since at least 2003/04. Effort. pic.twitter.com/43fQgELfyy

Barcelona have failed to win their last six away games in Champions League knock out rounds: Lost to Atletico, PSG, Juventus, Roma, drawn with Chelsea and Lyon. Last away win was against Arsenal in February 2016.

?? Lionel Messi is now @FCBarcelona’s second most capped player in the @ChampionsLeague.

Barcelona’s performance wasn’t that bad, but beyond that we have this: One of the biggest clubs in the world is being coached by a coward that is unable to play an away match in the Champions League without being afraid, being a coward.

The second set of results from the Champions League last 16 first legs sees no goals in either game. pic.twitter.com/1pmoAITJ1X 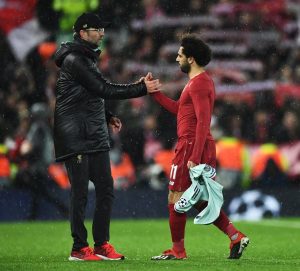 OPTA | Manuel Neuer had 70 touches against Liverpool, more than in any other Champions League game in his career.

70 – Manuel Neuer had 70 touches against Liverpool, more than in any other Champions League game in his career. Sweeper. #LFCFCB pic.twitter.com/gT6dMzJubV

I can’t believe that in a Champions League game between Liverpool and Bayern Munich, Jordan Henderson is playing like the best player on the pitch.

Lord bless us and save us.

– Got kicked out of the FA Cup by Wolves

– Lost their unbeaten streak in the Premier League

– Dropped to 2nd place in the Premier League

– Failed to score at home in the Champions League #LIVBAY pic.twitter.com/sfaNEkMO0C

Certainly wasn’t Liverpool’s best but Bayern Munich didn’t look themselves either! All to play for in the away leg. #ynwa #championsleague pic.twitter.com/HBVW9yaafZ

They wouldn’t have wanted that half to end. ? pic.twitter.com/PG3kG0qfQA

Allison been shit tonight. If Liverpool want a keeper I know one. Young. German. Has PL experience. Played in a Champions League final where he assisted 2 goals. Potential. pic.twitter.com/tAJVJc0mfO