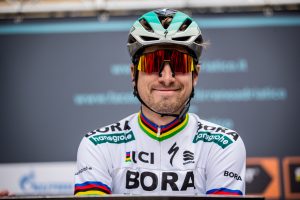 Other significant upgrades were of Primoz Roglic, Nibali Vincenzo and Simon Yates, who are now placed at 9th, 11th and 14th position respectively.

As usual, Italy retains its top spot with Belgium and France placed at the 2nd and 3rd position respectively. Great Britain racers had a wondrous season so far and have now jumped over Netherlands to place themselves at the 4th place.

Other significant upgrades were of Germany, Poland and USA who are now placed at 11th, 14th and 22nd place respectively.

Quick – Step Floors is placed at the top of Men’s Team cycling rankings, followed by Team Sky and Bora Hansgrohe placed at 2nd and 3rd position respectively. Michelton Scott gained a significant lead in their previous encounters and are now placed 4th in the the cycling rankings.