These are the last six matches of of Serie A, Match Day 15 of 38. The highlights are appended below the points table.

Serie A – Match 5 of 10: Sassuolo vs Fiorentina 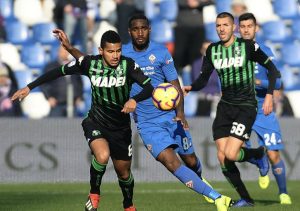 Final whistle at Mapei Stadium! After a very hard race it ends in a draw! 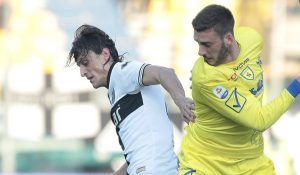 Atalanta claimed a 3-1 win at Udinese, Empoli beat Bologna 2-1 while Parma & Chievo played out to a 1-1 draw. #SSFootball

Parma draw 1-1 at home against bottom of the table Chievo who scored with their only shot on target. 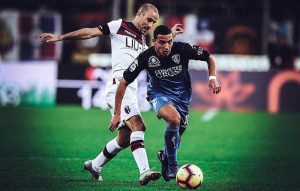 Atalanta claimed a 3-1 win at Udinese, Empoli beat Bologna 2-1 while Parma & Chievo played out to a 1-1 draw. #SSFootball

For the last three matches, move on to the next page!