These are the last six matches of of Serie A, Match Day 12 of 38. The highlights are appended below the points table. 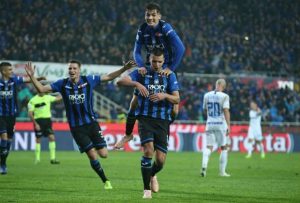 We only buffered your suffering

We allowed you to win.
Imagine losing 4-1 to atalanta

?One loss in 2 months and “Spalletti Out” YOU CAN’T WIN THEM ALL. Fair play Atalanta, learn from it, and move on. You can’t learn if you don’t lose. If we scraped a win today, the players would repeat same performance vs Frosinone. Lose but learn. https://t.co/H3ho8dwt8D

We will be fine. Next game vs Frosinone and we will win and have momentum going into Tottenham. We will learn and move on. I can’t wait to play Atalanta at home.

Atalanta as winners 4-1 win against Inter, reaching the levels that they’re capable of with the talent in the squad as well as managerial

Don’t trash everyone because of one bad game. You can’t win them all. Plus, giving chance to others is how Joao Mario got his last 2 starts, so why not afford the same to D’ambrosio?
Atalanta were physically more prepared and ran us rugged. It happens. We will be back. 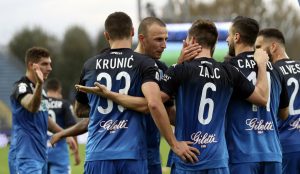 Sorry if my tweet will offend anyone but is the fact no miracle will help us because I wasn’t expecting Milan to beat juventus b4 so that is the face if we can’t even win Empoli come on . I am not watching bcos I already know the out come.

A huge win for new #Empoli boss Giuseppe #Iachini at home against #Udinese.
Julio Velazquez’s job must be in the balance at #Udinese, now third from bottom.
Those 5/6 bottom spots are going to be a dog fight this season in #SerieA

We still fancy Empoli to win but things change during the game and in this we fancy Udinese to grab a goal and make it a tight affair! 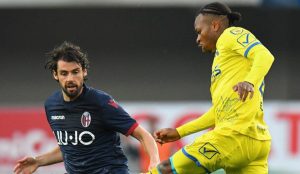 Stephan El Shaarawy struck twice as Roma eased past Sampdoria 4-1, Chievo were held to a 2-2 draw at home by Bologna while Empoli beat Udinese 2-1. #SSFootball

A draw couldn’t save his job, Ventura’s time as head coach of Chievo is officially over