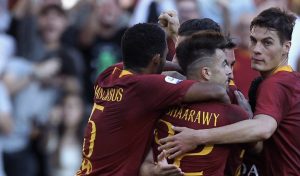 What a Absolutely dominating win for Roma
All goals were good but 3rd one from Stephen El was absolutely ?.From the left side & a really awkward angle yet he scored a beauty ?.#respect
As far as Barca goes a night to forget for them. Lionel was amazing but others disappointing

So you’re cheering Milan? What kind of moron cheers a team we are competing for a top 4 spot with? I hate Juve but I love Roma far more than I hate Juve. A Juve win is great for us, a Milan win is bad for us.

Really good string of results for Roma so far this weekend with Inter losing and Lazio also dropping points in addition to Roma’s win. Let’s see what Juventus VS Milan brings. 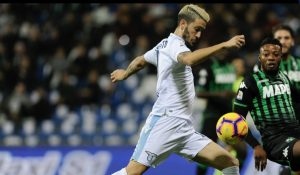 #MilanJuve is coming. After Inter lost and Lazio draw. I win will be nice. Its hard thing to do but let’s believe in this team. Lets hope kessie and Bakayoko bring a good fight and lets shut dawn the sides. Lets do this boys @acmilan @MilanEye @TheMilanBible #ForzaMilan 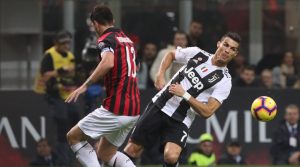 Ronaldo: “I’m happy, I’m very happy with the Juventus family, it’s important to win to keep Napoli at 6 points. I did not know about this record.”

It was indeed a glorious win for Juventus as they lead Milan with 2-0.
Yes Ronaldo performed another miracle scoring the first goal of the match.Please follow us for more predict and win and thank you to everyone who participated.Good night naija#skycorporategift

congratulations #Juventus for ur aswm win against milan…!!! u beuti @Cristiano ? u r one nd only ?

I watched an experienced Juventus team game manage their way to a win. There was not one thing that wowed me about them. Milan can give a much better account than this. I don’t find this Juve overwhelming. Teams like Milan are putting themselves against Juve’s mystique