These are the last 5 matches of LaLiga, Match Day 12 of 38. The highlights are appended below the points table.

FT 2-2. 4 draws in 3 competitions since the Alaves defeat. Last league win was in September in Bilbao, and only 3 total this season in 3 competitions. A new manager can’t solve everything, but not sure the board has other options. 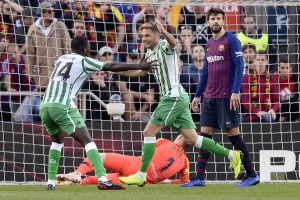 Lionel Messi returns from injury to score his 13th and 14th goals this season … but Barcelona lose 4-3 at home to Real Betis. pic.twitter.com/q25nUrQDnF

For the first time in history, Barça lose a game in which Lionel Messi has scored 2 or more goals. Kryptonite. [opta] pic.twitter.com/tf830Dotz1

We need a coach who will set up a good system & philosophy (Cruyff’s). Even if we lose, it should be by giving it all and playing beautifully. https://t.co/S7sKe4z58M 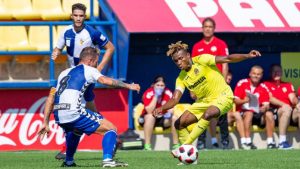 Wonderkid Samuel Chukwueze scored his first La Liga goal for Villarreal on Sunday in their 2-2 away draw to Rayo Vallecano at the Estadio de Vallecas.
The Super Eagles invitee, w… pic.twitter.com/2d6fTm6ciD

For the last 2 matches, move on to the next page!