These are the last 6 matches of of Serie A, Match Day 11 of 38. The highlights are appended below the points table. 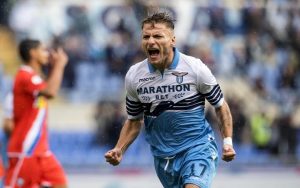 Hands up if you’ve got more goals than Ronaldo? ?‍♂️

@acjimbo Loving the #golazzo podcast, have the Lazio / Eriksson one downloaded for tmrw’s journey to work.. keep up the good work

Not sure why Lazio are not playing their number 10, Luis Alberto. 2nd best player in Serie A last season according to https://t.co/bHYu25xCcX. Perfect for PB. No wonder Seville are rumoured to be preparing a bid in January. #FootballINDEX

Very important win today…….very impressed by Cataldi’s performance but my question is, Why is he playing in the Lucas position and not pushed more upfront where he is more effective and dangerous as we saw with the goal?

We join in when we go to Lazio though and we try to embrace their culture and their way of doing things. We had some tourists near us when we still had Payet at the new stadium. He was on the bench and they weren’t watching the game but went down the front to film him warming up 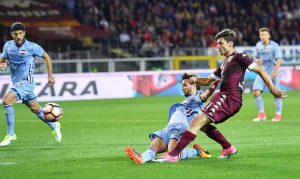 Walter Mazzarri maintains #Torino have “done nothing yet” after the 4-1 win at #Sampdoria and claims Salvatore Sirigu is “right now the best Italian goalkeeper” https://t.co/tI57NI9OgM #SerieA #SampTorino pic.twitter.com/BLsAON1fq6

Also Ventura loses another game, let’s see how it takes for him to lose his job this time around 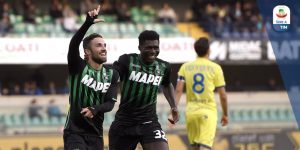 How great would it be if Sassuolo or Torino make the Europa League and Roma were to miss it. Better yet both and Milan miss it too.

Chievo’s woes continue, Giaccherini scores an own goal deep into injury time to make it 0-2 to Sassuolo. It’s not looking good for Ventura’s men as they are now without a win from their opening 11 games #ChievoSassuolo #SerieA