These are the next 5 matches of LaLiga, Match Day 11 of 38. The highlights are appended below the points table.

? | After the draw of Sevilla and Real Sociedad and the loss of Alaves from Ibar,
Barcelona remain leaders with 24 points, four points ahead of Sevilla, Athletic Madrid and Alaves with 20 points. pic.twitter.com/Eo8GdxuRT7

First La Liga week for Solari and almost every team ahead of him (Atleti, Sevilla, Alaves, Levante and Getafe) dropped points already.

Maybe he got some of that Zidane black magic in him ? pic.twitter.com/CeDHZFE36z

Last time when Sevilla ended in a draw in the La Liga was on 26 August 2018 vs Villarreal, they played 8 games wit… https://t.co/GFIxsTNG1J

Heartbreak for Huesca as Getafe steal a point in added time.

Sevilla are held to their second successive 0-0 after the Copa draw at Villanovense. Back-to-back games without scoring for the goal-machines. Rusty?#HuescaGetafe #RealSociedadSevillaFC #LaLiga 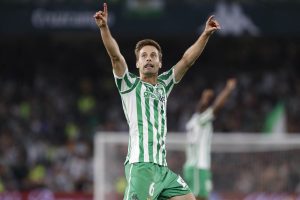 The final half an hour of Real Betis – Celta Vigo was amazing.

It isn’t an overstatement to say that Maxi Gómez changed the game. He gave Celta an outlet who could stretch the pitch, link play in deeper positions and disrupt Betis’ defenders. They couldn’t handle him. pic.twitter.com/zH8WD80z94

Real Betis vs. Celta Vigo has just turned into the match of the weekend. Betis went 2-0 up, Vigo took the lead 3-2 and minutes after that, Betis equalize with a free kick. Secomd after that, Vigo hit the crossbar through a free kick.