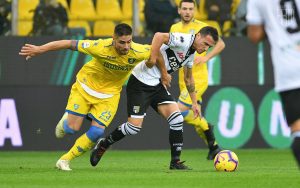 Parma & Frosinone fight out a 0-0 draw, it’s only the 6th in Serie A this season #ParmaFrosinone #SerieATIM

He’s not been great this season, but Roberto Inglese could have a lot of fun against this Frosinone side today. Surprised he’s not come on at HT. 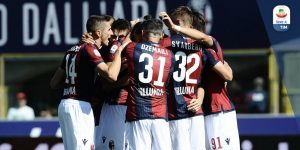 Atalanta seem to have turned a corner as of late. La Dea have picked up back to back wins after failing to win their last 7 games. They will be hoping to make it a third straight win as they face Bologna tonight. #BolognaAtalanta #GoAtalantaGo #serieA

A win could see #Atalanta really closing the gap on the European spots. However, #Bologna will be desperate as well to improve. They have secured back to back draws, but still sit in 17th spot and will want to earn a win in front of their home fans.#BolognaAtalanta #SerieATIM 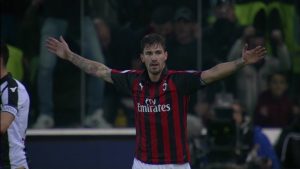 Not only did they get a late win, but Milan also kept their first clean sheet of the season.

AC Milan lose Gonzalo Higuaín to a back injury before grabbing a late 1-0 win away to Udinese. #UEL pic.twitter.com/rVfKLCwpux

So That finally earned milan their 1st clean sheet n a agn a narrow win, anyway 3 pts is all that matters. Most importantly testing week ahead wth Europa n juve in the weekend wth long list of key players in injury list. Gnna be interesting hw gattuso tackles it. #SerieA #ACM

Milan don’t always win games, but when they do it’s with batshit goals by unlikely heroes at the death