This is the first match of of Serie A, Match Day 15 of 38. The highlights are appended below the points table. 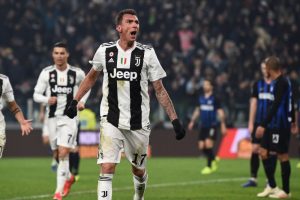 Juventus have collected 43 of the max possible 45 points after 15 Serie-A games. The best start by any club to a Serie-A season in history.

43 – Juventus have equaled the best start after 15 match-days in the top five European Leagues in the three-point era (43 points). Unstoppable. #JuveInter

No team in Europe’s top 5 leagues has ever had a better start to a league season after 15 games than Juventus.

Chiellini by far MOTM, he’s incredible! João Cancelo too was exceptional as always.

At 34 years of age Giorgio Chiellini is still one of the best center backs in the world.

In the #JuveInter game he was absolutely fantastic. Won everything in the air, made some really vital tackles but most importantly he was the leader Juventus needed.