This is the first seven matches of the Premier League, Match Day 22 of 38. The match highlights and the top 10 teams points table is included. 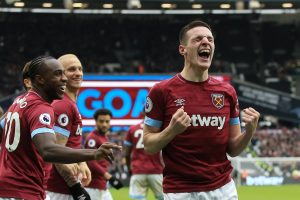 2 – Arsenal have taken just two points from their last five away Premier League games (W0 D2 L3) – they won 13 points in the five away games prior to this run (W4 D1 L0). Reverted. #WHUARS pic.twitter.com/jd25IzEV8y

Academy graduate Declan Rice scores his 1st #PL goal to give the Hammers victory in front of their record home crowd #WHUARS pic.twitter.com/dd4ph2WtmI

Is he the most promising Premier League prospect outside the top six? #WestHam #WHUARS pic.twitter.com/NoLh1Tw0sd

Is he the most promising Premier League prospect outside the top six? #WestHam #WHUARS pic.twitter.com/NoLh1Tw0sd

Arsenal have now made more substitutes (65) than any other team in the Premier League this season.

Arsenal have now made more substitutes (65) than any other team in the Premier League this season. 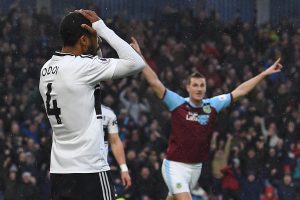 Burnley have become the 1st #PL side to score at least two goals in a match without having a single shot on target since the start of the 2003/04 campaign pic.twitter.com/ETLlxfApSI

Burnley earned an all-important 2-1 win over Fulham in the Premier League today…without having a shot on target. ?

Burnley are the first team to score more than once in a Premier League match despite not having a shot on target (since such data became available from 2003).

Match 3 of 10: Crystal Palace vs Watford 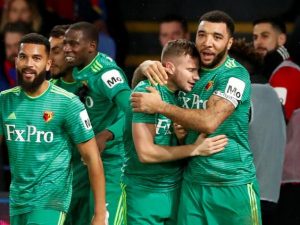 I think @BenFoster has been the best signing @WatfordFC have made in years. Loved in his first period at the club and if anything he is even better now #watfordfc #goalkeeper #premierleague #Hornets

Javi Gracia now Watford’s most successful manager in the Premier League at this stage of a season ?We’ve also already won more points away from home this season than in the whole of last season ? #injaviwetrust #pozzopower #watfordfc pic.twitter.com/TbdQcj80Ql

Every #Watfordfc away win is great, especially when you are there, but considering our poor record at Selhurst Park & our even poorer record at coming from behind to win Premier League away games, today ranks high in the greatest Watford away wins iv seen! You Orns!!

Match 4 of 10: Cardiff City vs Huddersfield 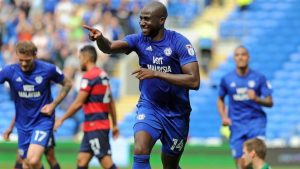