This is the first six matches of the Premier League, Match Day 20 of 38. The match highlights and the top 10 teams points table is included.

Match 1 of 10: Watford vs Newcastle 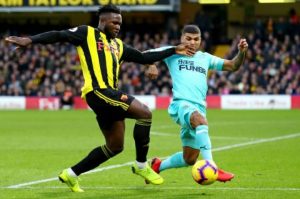 Well to all the @NUFC fans who are thinking a draw with @premierleague watford is a bad result we could of been drawn in league 1….#justathought

Match 2 of 10: Brighton vs Everton 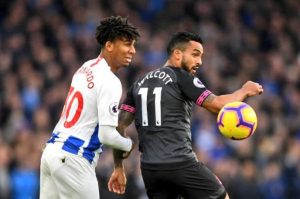 9 – Brighton are without a clean sheet in their last nine Premier League games – no side is on a longer current run without one in the competition. Issue.

Leicester lost to Cardiff after beating Chelsea and Man City

2 – Jurgen Locadia has scored in each of his last two Premier League appearances for Brighton, one more than he netted in his first 18 outings in the competition (1). Arrived. pic.twitter.com/GSlHic36dz

Match 3 of 10: Tottenham vs Wolves 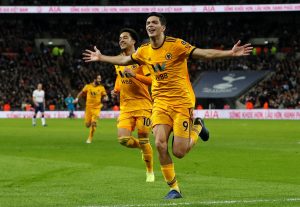 Tottenham lost 3-1 to Wolverhampton, marking its first Premier League loss to a newly-promoted team in 40 matches.

Wolves in the Premier League this season: