Premier League ’18-19 – Highlights: Manchester City Back On Track With A Win

This is the last four matches of the Premier League, Match Day 20 of 38. The match highlights and the top 10 teams points table is included.

Match 7 of 10: Crystal Palace vs Chelsea 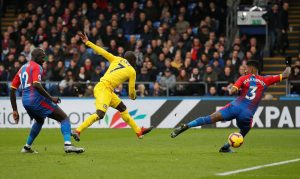 ⚽️⚽️⚽️ in 20 PL apps this season
⚽️⚽️⚽️ in previous 106 PL apps prior to this season pic.twitter.com/XovghGeLtc

N’Golo Kante’s second-half strike gives the Blues their 3rd #PL away win in a row#CRYCHE pic.twitter.com/YFmLFKRDgX

Chelsea have won three consecutive Premier League away games for the first time under Maurizio Sarri.

Gathering momentum on the road. ? pic.twitter.com/QLNI5Vfskd

Eden Hazard sits 3rd on the @ChelseaFC all-time Premier League scoring charts. If he stays at the club, how many goals can the Belgian score ???#PL pic.twitter.com/dAtrdjuW7f

Highlighting the one stat in the @premierleague table at the end of 2018 which tells the story of the top 6 teams.#Liverpool : Miserly defending#ManCity : Attacked the best#Tottenham : Lost 5 but drawn none#Chelsea : Only 38 goals scored#Arsenal and #ManUtd : Conceded many! pic.twitter.com/2AqSOzbTA3

Chelsea have hit the woodwork 15 times in the Premier League this season, at least three times more than any other team.

Match 8 of 10: Southampton vs Manchester City 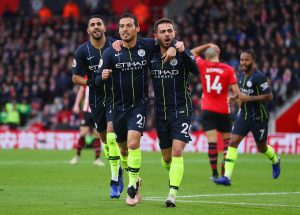 Manchester City had a year to remember ? pic.twitter.com/nEZNB5oCf7

Manchester City have now failed to keep a clean sheet in nine of their last 10 Premier League fixtures.

There was no stopping that Hojbjerg strike. pic.twitter.com/3FKsVusBln

Turning on the style before the break. pic.twitter.com/Gp0IKFBUNH

A beaming @dwight_mcneil99 on his first Premier League goal: “It’s a dream come true. I’ve been dreaming of that moment all my life.” pic.twitter.com/6ZzErTEh1S

Anyone else notice the fumes in our end today? That can’t be right, can it: two hours’ worth of spent diesel down your lungs. Get it sorted Burnley FC /Premier League!! Disgrace!!

Match 10 of 10: Manchester United vs Bournemouth 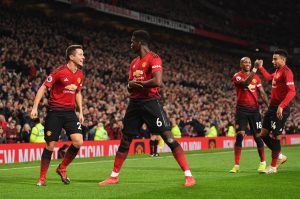 0 – Bournemouth have never beaten Man Utd at Old Trafford in all competitions, losing six and drawing one. Task. pic.twitter.com/YCSNaqHfkl

3 – Paul Pogba has scored three goals in his three Premier League appearances under Ole Gunnar Solskjaer, as many as he had in his previous 17 under Jose Mourinho. Appreciated. #MUNBOU pic.twitter.com/mDxiGbntlS

12 – Manchester United have scored 12 goals over the space of three Premier League matches for the first time since December 21-31, 2011. Enjoyment. pic.twitter.com/TjZ0W70HFr

Ole Gunnar Solskjaer is looking to become only the third @ManUtd manager to win his first three league games in charge of the club, after Sir Matt Busby and Jose Mourinho#MUNBOU pic.twitter.com/cuDAczHE3j