These are the last 2 matches of Premier League, Match Day 6 of 38. The highlights are appended below the points table. 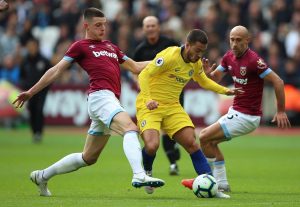 A Premier League record has been broken! ?

Jorginho’s 180 completed passes in Chelsea’s draw with West Ham is a new high since records began.

West Ham 27% possession at home to Chelsea with 1 shot on target but are getting praised for not getting beat. Newcastle came so close to getting a draw but were crucified for doing it having 3 key players missing. #nufc

Pellegrini: “Chelsea had a lot of possession because we allowed them to, we wanted them to play on the right and not Alonso or Hazard. The second we maybe lost too many balls. I think the draw is not a bad point.” 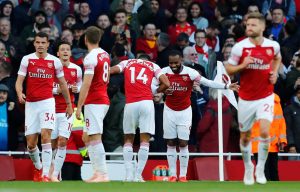 I know it’s another loss, but I thought we showed a lot of fight and spirit today. Arsenal scored one brilliant goal and one offside. We had a lot of opportunities to score, but their keeper was excellent. We need a top class striker!! Onwards and upwards! #COYB

Clean sheet at last and 5 wins on bounce for Arsenal. Deserved it despite clearly offside 2nd goal and soporific atmosphere. Everton bland.