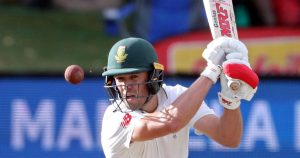 AB de Villiers has “absolutely no regrets” about having walked away from international cricket, describing the day-to-day demands of the job as “unbearable at times”. De Villiers, 34, retired from international cricket in May, just a year out from the 2019 World Cup and a little more than a month after a maiden Test series triumph over Australia at home, to which he contributed heavily.

Recalling his time in international cricket, de Villiers told the Independent: “It’s been unbearable at times: the pressure you have to face, performing day in and day out. The expectations you put on yourself, from fans, from the country, from coaches. It is huge and it’s something that’s on your mind all the time as a cricketer. And it is definitely something that I’m not going to miss. I am very happy to have stepped away. Absolutely no regrets.”

De Villiers had been criticised for picking and choosing when and in what format to play for South Africa when he went on a two-year break from Test cricket in 2016 and 2017, a combination of an injury layoff and a self-imposed sabbatical. When he did return in early 2018, he had immediate impact against India (No. 2 on the batting charts in a low-scoring series, with 211 runs from six innings at 35.16) and Australia (427 from eight innings at 71.16). Then, suddenly, four days after his IPL 2018 campaign ended, he announced his retirement via his official app.

In his retirement video, he said he was “tired”. That’s something all players must feel in the current environment of professional cricket, he feels, even if they don’t admit to it.

“I truly believe that players who tell you they don’t feel the pressure of international cricket, of being away from home for months at a time, are lying to everyone and themselves. I was prepared to embrace it, to fight the pressure, but it certainly takes its toll after a while.

“I feel there is room for players to be more honest about it, having systems in place to make sure they keep fresh and mentally healthy. I was certainly not mentally ill at the time, but I can relate to the fact that the pressure can really drive you down, and make you so tired.”

That said, de Villiers still expects to play the IPL and other T20 leagues for a “few years”, so his bat will be “coming out again soon”.