These are the next 3 matches of La Liga, Match Day 2 of 38. The highlights are appended below the points table. In case, you missed the highlights of the last three matches click here. 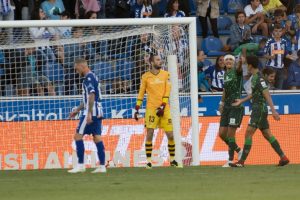 Second game of the season and Alaves & Betis are playing for a draw ??‍♂️

It’s a win for Atlético de Madrid at the Wanda Metropolitano. An Antoine Griezmann goal sees get their first 3 points.

Atleti’s first league victory of the season is a 1-0 home win. Griezmann with the goal which came from a corner. As you were.

Match 5 of 10: Valladolid vs Barcelona 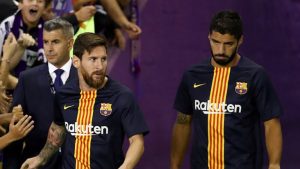 FT: Barca win 1-0 on Dembele’s goal. A tough match on a pitch where the conditions look like the roads in our state. A scare at the end but we managed another clean sheet!

3 great games today Juve 2 v Lazio 0 then a great game in Naples Napoli come back from two down to win 3-2 against Milan then finished off there Real Valladolid unlucky against Barcelona going down 0-1 with a bit of VAR in the last minute ? great stuff @ElevenSports_UK ??

Valverde is still a Coward he hasn’t changed one bit, we will never win the champions league with him. Its clear by even watching his interviews, he is satisfied with the domestic double and thinks we are too. He just doesn’t have the mentality to be a Barcelona coach.

For the next matches of Match Day 2 of 38, visit allsportspk later today.