Spanish LaLiga ’18-19 – Highlights: Magical Messi Does It Again For Barcelona

These are the first 5 matches of LaLiga, Match Day 15 of 38. The highlights are appended below the points table. 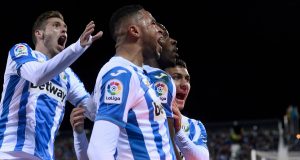 HIGHLIGHTS: Sixth-place @GetafeCF had a chance to equal Real Madrid on points with a win Friday, but @CDLeganes_en fought back for a 1-1 draw and a share of the points ⏯⬇️ #LeganesGetafe https://t.co/Ni24rDYq4b 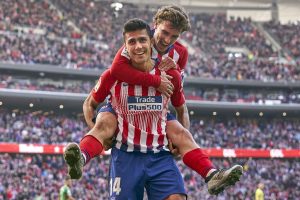 Josema Giménez made his return to action after being out for a months due to injury.

The central defender came in as a substitute in Atlético Madrid’s 3-0 win over Alaves. pic.twitter.com/Vkg2ifASBt

? Today we lived another wonderful day at the Wanda @Metropolitano!
??? Thank you for making it possible, Atléticos! ??#AtletiAlavés #AúpaAtleti pic.twitter.com/4ahbAolCgB

Pablo Machin’s side was denied first place in LaLiga again thanks to a 1-1 draw at Valencia, who levelled late through Mouctar Diakhaby.https://t.co/dtlO70Yacm 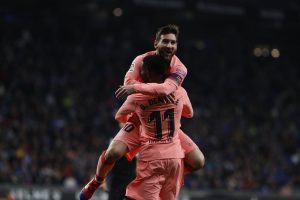 And they say Messi’s 5th best player in the world for the Ballon D’Or? He well-deserved 1st place @FCBarcelona

Messi’s display of pure footbolistic genius clearly shows that France Football is a JOKE and its ranking is an ABSOLUTE BULLSHIT.#EspanyolBarça #ballondor pic.twitter.com/xSZ8nWfHs2