These are the first eight matches of the Premier League, Match Day 16 of 38. The highlights are appended below the points table.

Match 1 of 10: Bournemouth vs Liverpool 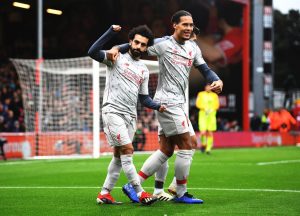 As it stands, Liverpool are staying top of the premier league, AND will be the only unbeaten team in the PL so far!

Not a single player in the history of the Premier League has scored 40 goals for Liverpool as fast as Mohamed Salah. Just the 52 games required.

? @Alissonbecker becomes the first Red to remain unbeaten in his opening 16 @premierleague appearances for the club.#LFC pic.twitter.com/Mm9lZXmQ3S

Mohamed Salah has now scored more Premier League hat-tricks for Liverpool (2) than he has spent seasons as a wonder (1).

Match 2 of 10: Burnley FC vs Brighton 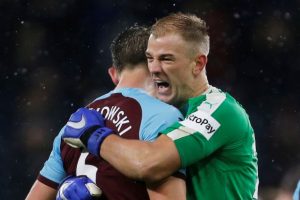 Klopp unrealistic to expect Burnley not to tackle – Ince

Football Focus pundit Paul Ince says it is “not realistic” for Jurgen Klopp to expect Burnley players not to make hard tackles as they fight for survival in the Premier League. pic.twitter.com/DdXkELSr2M

A much-needed first #PL win since 30 September for Sean Dyche’s men, as James Tarkowski gets the only goal#BURBHA pic.twitter.com/tmRFMbvaMp

REPORT: Burnley win for the first time since September as James Tarkowski strike helps them out of the relegation zone https://t.co/2cbMF5U97G pic.twitter.com/dbVF4qdMyL

Match 3 of 10: Manchester United vs Fulham 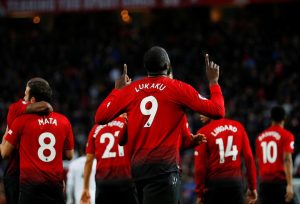 Alexis Sanchez sends Manchester United teammates a message during Fulham fixture: Man Utd started brightly against Fulham in the Premier League fixture and Alexis Sanchez has given the performance his approval. https://t.co/5GEvNsD9k3 pic.twitter.com/9hQp6mlrb5

Manchester United take the lead at home in a Premier League game! pic.twitter.com/R6q7DeHYHo

He was thinkin’ about it after Young scored @ManUtd‘s opener ? pic.twitter.com/DmOjv0LpGP

The last time Manchester United played Fulham in the Premier League they fired in 81 crosses in a 2-2 draw.

Match 4 of 10: Arsenal vs Huddersfield 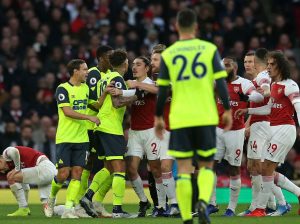 BOOM!
Arsenal now 21 games unbeaten. 3rd in the Premier League.
Above Spurs…
Above Chelsea…
Above United…
The ⁦@UnaiEmery_⁩ revolution continues – and I LOVE it. ?? pic.twitter.com/4hV5QL8vKW

???⚪️?@Arsenal are yet to lead a #PL match at half-time this season (drawing 11, losing four), but have scored the a league-best 2️⃣5️⃣ second-half goals#ARSHUD pic.twitter.com/sroNXHZy2P

He scored the winner today

More recoveries than any other top-6 outfield player this term